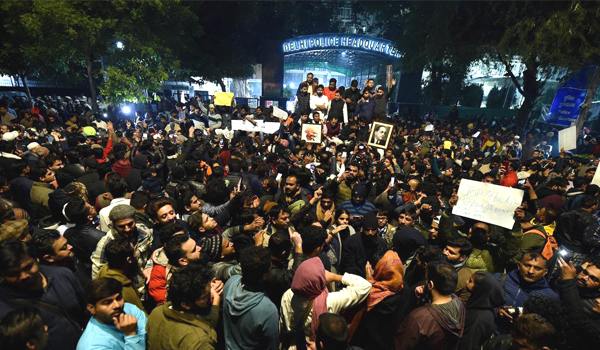 The students, including many girls, carried torches, banners and posters saying “In Solidarity With Jamia” and silently marched around their campuses peacefully.

Some IIT-B students posted on social media that they undertook the silent protest despite being refused permission by the IIT-B authorities.

TISS students, including many women, who also staged a candle-light march late on Sunday, said they plan to boycott their lectures on Monday to condemn that brutal violence against the students in Jamia Millia University, Aligarh Muslim University and the the Northeastern states.

Last night’s incidents in Jamia Millia and AMU have triggered hot debates among the students in different central universities across the country who are staging various forms of protests and many have slammed the violence.