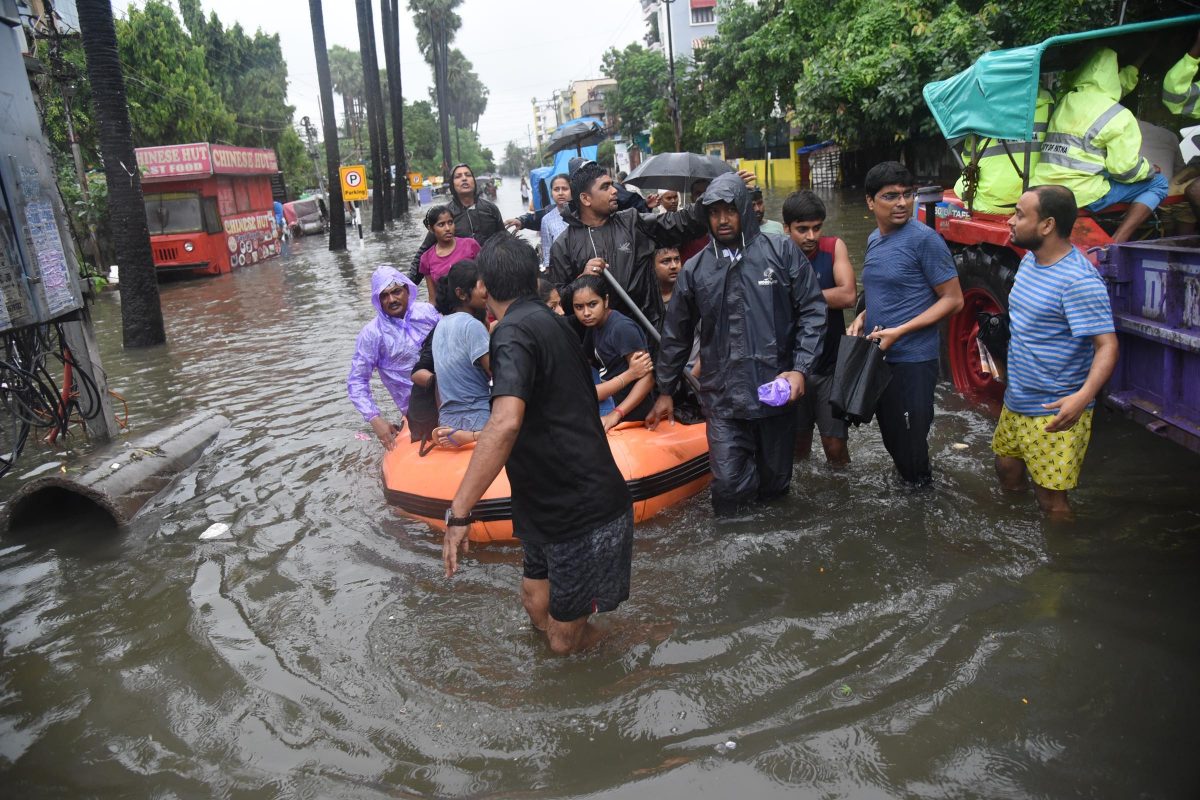 Patna, Sep 29 (UNI) There is no respite in sight for people of Bihar including those of the state capital as incessant rainfall continues to lash the state for second consecutive day today. The state is having heavy downpour for the last 36 hours swelling major rivers including Ganga as several districts of the state are now grappling with flood.

Places like road number 6 of Rajendra Nagar, Moin-ul-Haque stadium and its adjoining areas are presenting sight of flood. On the other hand, six rivers including Patna are overflowing the danger mark. The flood water has gushed into hundreds of villages in Bhagalpur, Darbhanga, Saran, Muzaffarpur and other  districts.