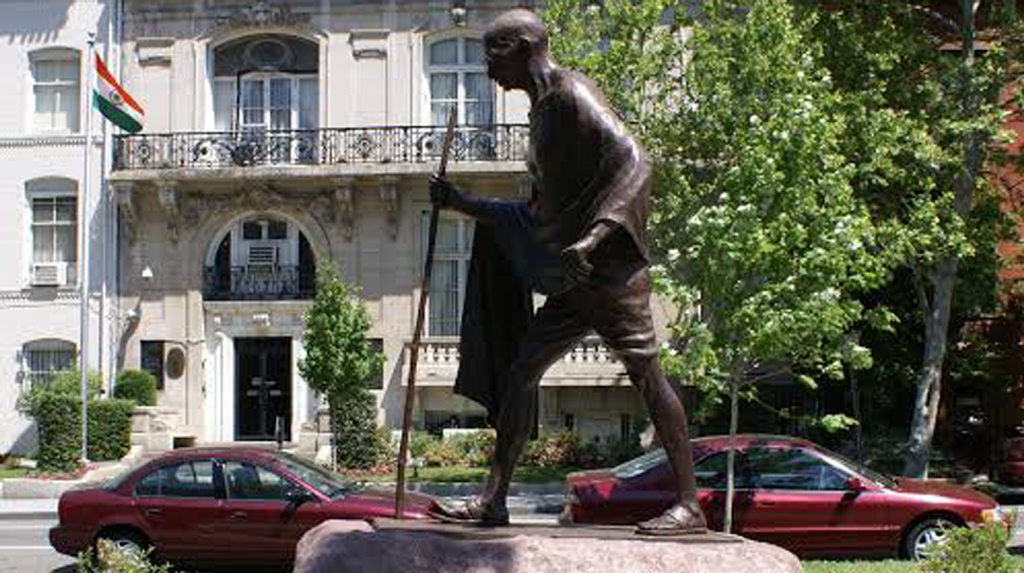 Washingto: Indian-American community members in the Washington, D.C., metropolitan area have planned to hold a sit-in Satyagraha in front of Mahatma Gandhi statue at the Indian Embassy in the US capital on February 1.

Marking Gandhi’s January 30 death anniversary, the event organized by policy advocacy group Young India encourages participants to remember the ‘Father of the Nation’s’ non-violent protests in the wake of current political atmosphere in India, the American Bazaar said in a report.

Talking about the silent ‘Gandhi Remembrance’ sit-in at the Gandhi statue in the embassy premises, Rohit Tripathi, one of the organisers, told the American Bazaar on Thursday: “We are calling it a Satyagraha because we are emphasizing that, as Gandhi said, your means are as important as your end.

“We are focused on a methodology. A methodology of soul force that incorporates our innate beliefs and commitment to non-violence – in word and deed. Just like the non-violent responses to the latest string of legislative action in India.”

Regarding the message they want to send through the sit-in, Tripathi said: “The message is that mass participation can only be achieved through non-violence.”