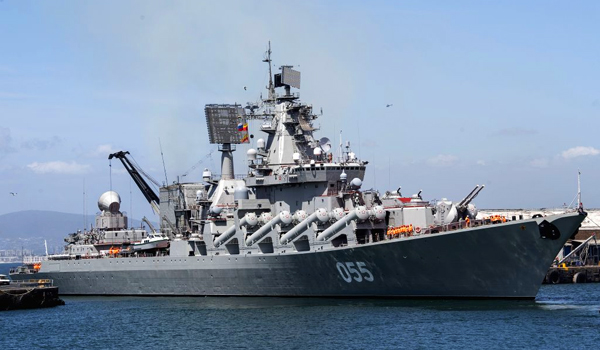 Tehran, Dec 27  Iran, Russia and China on Friday began a four-day joint maritime exercise in the Indian Ocean and the Sea of Oman area.

The “Marine Security Belt”, as the event is codenamed, will conclude on December 30, reports the Tehran-based Press TV.

On Wednesday, Brigadier General Abolfazl Shekarchi, the spokesman for Iranian Armed Forces, said the event was meant to promote the security of international trade in the strategic regions, adding that sharing experience in maritime rescue operations was also to be pursued in the maneouvers.

Meanwhile, Moscow has sent the Yaroslav Mudry frigate, the Elnya tanker and the Viktor Konetsky tugboat to participate in the joint exercise, TASS News Agency quoted the Russian Defence Ministry as saying.

During the drills, the sailors of the three countries will practice liberating a ship hijacked by “pirates” and other elements of maneouvers, establishing communications and providing assistance to a ship in distress, the Ministry said.

It added noted that the agreement on holding the drills was reached this July at the Nady Day Parade in St. Petersburg.

The event, however, breaks ground in being the first of its kind since the 1979 victory of Iran’s Islamic Revolution, marking the first such cooperation with the country’s post-Revolution naval front, according to Press TV.