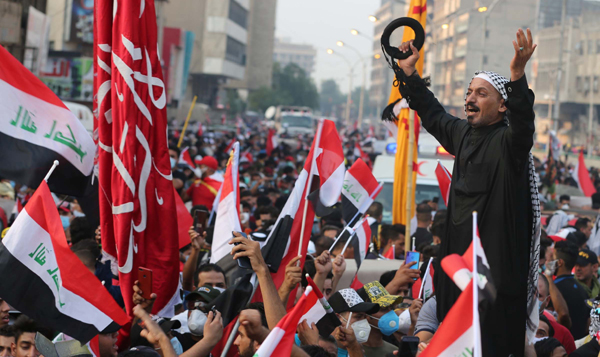 At least nine people were killed and 135 others injured in less than a week during the nation wide anti-government protest, Iraqi High Commission for Human Rights has said in a statement. In October, people began nationwide protests in Iraq demanding the ouster of the government, as well as economic reforms, better living conditions, social welfare and an end to corruption.
As of now, 300 people have been killed and about 15,000 others injured. It called upon the Iraqi government to ban the security forces from using live ammunition, rubber bullets and tear gas against the protesters and protect the genuinely peaceful rallies from people who plot violent provocations.