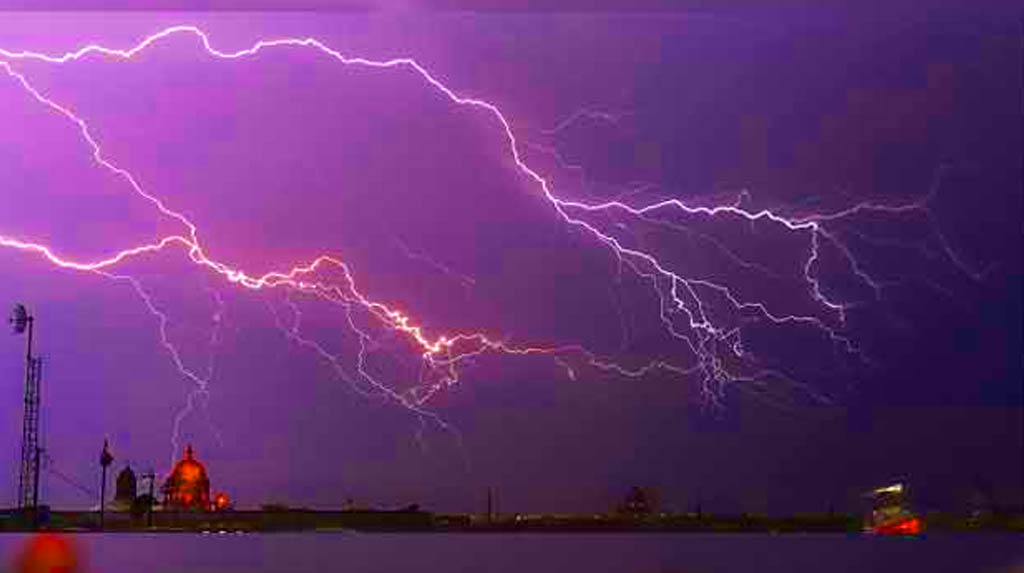 Amaravati:  The Met department has forecast thunderstorms with lightning at isolated places in coastal Andhra Pradesh for the next four days, propelled by low pressure over the Bay of Bengal.

Andhra Pradesh’s north and south coastal regions and Yanam of Puducherry are expected to witness isolated rainfall on Monday and next three days.

A low pressure area over the northwest Bay of Bengal and adjoining Odisha coast with associated cyclonic circulation, extending up to 5.8 km above the mean sea level and tilting towards the height is currently persisting.

“The cyclonic circulation over south Odisha and neighbourhood at 7.6 km above mean sea level has become less marked. A fresh low pressure area is very likely to form over north Andaman Sea and adjoining east central Bay of Bengal around 9th October 2020,” said a Met official.

Already, barring a couple of districts, the entire state has received excess rainfall.