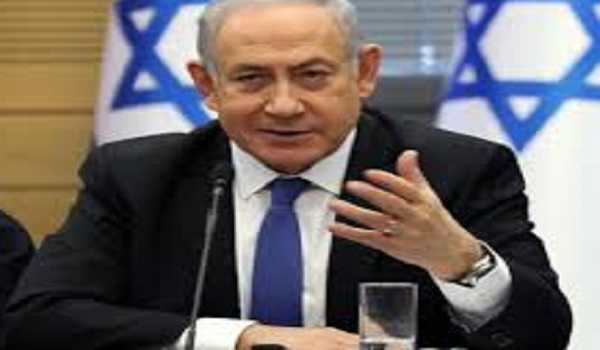 Prime Minister Benjamin Netanyahu was charged with bribery, fraud and breach of trust by country’s attorney general in connection with three separate cases, making him the first Israeli premier to be indicted while in office. Mr Netanyahu is alleged to have accepted gifts from wealthy businessmen and dispensed favours to try to get more positive press coverage. Meanwhile, Netanyahu, 70, has steadfastly denied wrongdoing during a wide-ranging probe that he has dismissed as a politically motivated ‘witch hunt’, BBC reported on Thursday.

He has also insisted he will not resign and is not legally obliged to do so. In a televised speech, Mr Netanyahu said authorities “weren’t after the truth, they were after me”, and called on the country to “investigate the investigators”. Earlier, Attorney General Avichai Mandelblit said he made the decision ‘with a heavy heart’, but said it showed nobody was above the law in Israel. “Law enforcement is not a choice. It is not a matter of right or left. It’s not a matter of politics,” he said.

The announcement comes amid a political stand-off in Israel following two inconclusive general elections in April and September. On Wednesday, Mr Netanyahu’s rival for the premiership, Benny Gantz, said he had been unable to form a governing coalition with a majority in parliament. He had been given the opportunity to try after Mr Netanyahu had earlier failed to do so.  President Reuven Rivlin asked lawmakers on Thursday to agree on a candidate for prime minister within 21 days and avoid an unprecedented third election in a year. After the charges were announced, Mr Gantz tweeted his support for the attorney general and law enforcement agencies, and wrote it was a very sad day for Israel.