It’s time for Australia to roll back restrictive asylum policies 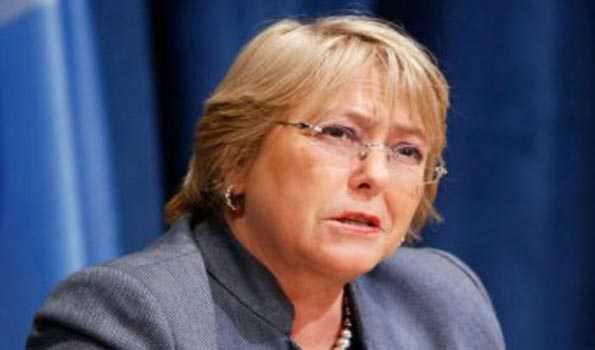 UN human rights chief Michelle Bachelet has appealed to the Australian authorities to “roll back” its “entrenched” policies towards migrants and refugees held offshore.

In a wide-ranging speech in Sydney on Tuesday, Ms Bachelet said that mandatory detention was a “mainstay” of the country’s migration and asylum system.

“The people it affects have largely committed no crime,” she told the Australian Human Rights Commission conference, adding that some of those detained in offshore centres such on Nauru and Manus Island were children who had been subjected to “prolonged, indefinite and effectively unreviewable confinement”.

At the same time, the UN High Commissioner for Human Rights urged Australian authorities to do more to create a “free and equal society”, particularly for women.

The country had a “significantly better track record” in gender equality than many other countries, she noted, before insisting that women “still face many barriers, including unequal pay, workplace discrimination and pervasive sexual harassment”.(UNI)