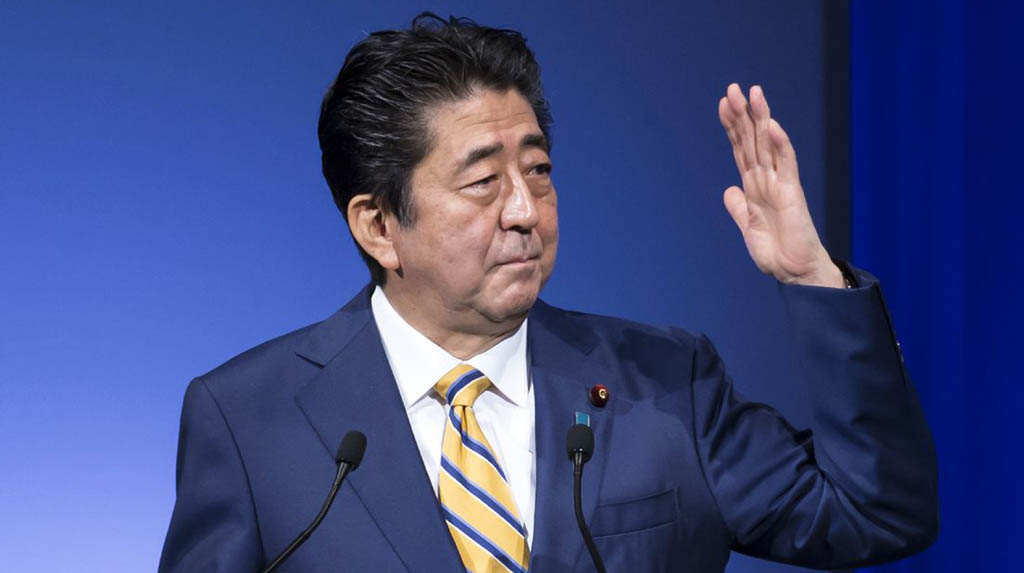 Tokyo: The Japanese government has been forced to halt its free mask distribution program, after the initiative received a barrage of mockery and criticism.

Earlier this month, Prime Minister Shinzo Abe announced two masks would be sent to each home in the country due to its shortage amid a growing number of coronavirus cases, reports Efe news.

However, the measure began to be questioned by citizens who pointed to its seemingly arbitrary and improvised character.

It soon became a laughing stock on social media in the form of numerous memes and mockingly renamed “Abenomask”, taking a cue from the prime minister’s well-known economic “Abenomics” program.

Some people questioned the idea of sending two masks per household instead of one per citizen; others doubted the quality and effectiveness of the chosen model, while many recalled that Japanese households often have masks in store.

The masks are made of fabric and do not completely cover the nose or the bottom of the face, which according to experts makes them ineffective as a barrier against coronavirus, even though they are washable and can be reused.

Abe himself appeared wearing the type of mask in question when presenting the initiative as well as in subsequent appearances, inspiring countless jokes and memes concerning its utility or lack of it.

The use of the mask as a protective health measure has been widespread in Japan even before the coronavirus pandemic, but the most widely used models are single-use surgical ones and other reusable varieties of synthetic materials of different colors.

Opposition parties and other critical voices have also underlined the high cost of the program (46.6 billion yen or $432 million), and suggested allocating these funds for medical equipment in hospitals that are under increasing pressure due to the pandemic.

Moreover, after people began to receive the first batches of masks over the past week, reports emerged of dead insects, hair, mold and other residues being found inside them.

In response, the government decided to block all items that were in the process of being dispatched and urged two of the three suppliers to verify the quality of their masks and replace them if necessary, according to an announcement by Chief Cabinet Secretary Yoshihide Suga at a press conference.

The health ministry ordered all shipments of masks to be suspended on Thursday after more than 7,800 defective masks were detected from a batch sent to some 500,000 pregnant women, a group seen to be at a higher risk against COVID-19.

So far, only 4 per cent of the 50 million households in Japan have received their masks, according to data from the national postal company Japan Post.

Surveys conducted by local media outlets indicate that most people in the country do not plan to use these masks.