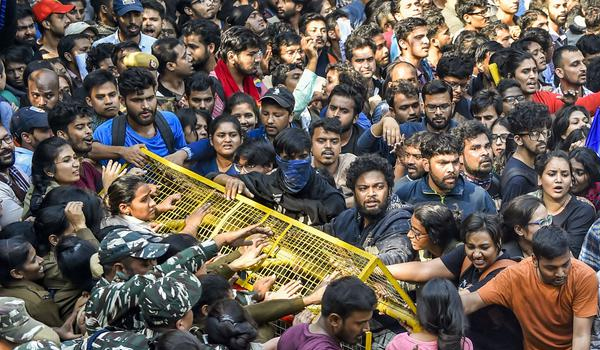 New Delhi, Nov 20 (UNI) Jawaharlal Nehru University (JNU) on Wednesday sought contemptuous action against the students and Delhi Police for allegedly violating the court’s order against holding a protest within 100 metres of the Administrative Block.

On November 18, the students continued protests against the hike of hostel fee bringing parts of Delhi to a screeching halt. They also clashed with the police.

According to the counsel for JNU, the students had grossly violated the order of Delhi High Court dated August 9, 2017 by holding a protest within 100 metres of the administrative block and affecting its day-to-day working.

Counsel for JNU said the police also violated the court’s order by failing to take action to maintain law and order in the University. So they must be punished accordance with the Contempt of Courts Act for alleged willful disobedience of the court order.

The Counsel further sought direction from court to issue direction to Delhi Police Commissioner to provide assistance to the University in controlling the ongoing and any future contemptuous acts of the students and their leaders and removing them from within 100 metres of the administrative block.