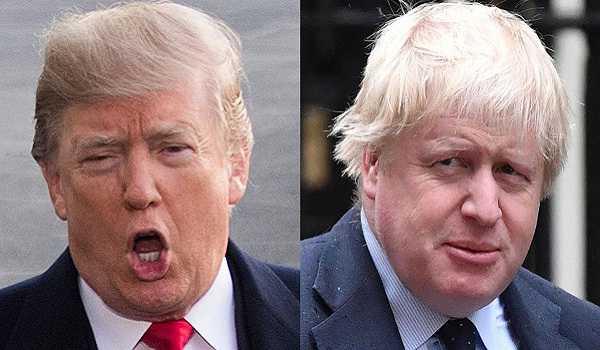 UK Prime Minister Boris Johnson and US President Donald Trump have agreed to strike a bilateral trade deal by July next year amid uncertainty around London’s withdrawal from the European Union.

The two leaders were expected to hold negotiations on the trade deal on the sidelines of the UN General Assembly in New York, the Sun newspaper reported, adding that Trump and Johnson could announce their plans during this meeting.

“The political will is there now on both sides to do the deal by July, because the US election cycle starts soon afterwards,” The Sun quoted a senior government source as saying.

In early September, US Vice President Mike Pence also said that Trump was willing to begin negotiating a free trade agreement with the United Kingdom as soon as the UK was ready.

Brexit has already been postponed several times amid the failure of London to internally negotiate the divorce terms and is now scheduled to take place on October 31.

Johnson is currently confronted by a strong opposition at home over his overt determination to pull the United Kingdom out of the bloc by the deadline, even in the case of a no-deal scenario.