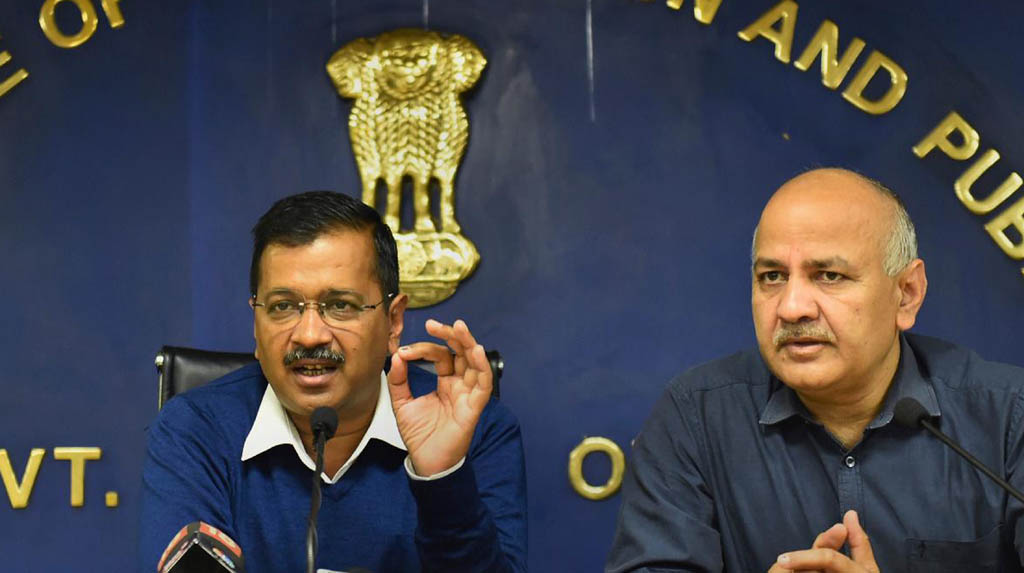 New Delhi: Delhi Chief Minister Arvind Kejriwal said on Wednesday that he has ordered for stricter security deployment after doctors informed him about Covid-19 patients behaving in an aggressive manner, besides directing to trace the phone locations of those put on home quarantine.

The Chief Minister said in a media briefing that doctors have informed him about the lack of personal protective equipment (PPE) and he has requested the Centre and all medical suppliers to provide the same.

“I spoke to the doctors today and received many suggestions from them. Security is the main issue which they told me about. There are some patients who are very aggressive. Yesterday, a patent attempted suicide at a city hospital. The doctors had to run to save the person as no one else is ready to touch a coronavirus patient,” the Chief Minister said.

Kejriwal said that he has directed the Delhi Home Department to deploy more security personnel at the hospitals across the city.

He said there is a lack of PPE and testing kits, adding: “I will urge the Centre to provide the same.”

Kejriwal also said that the government will use technology to trace the people being asked to be on home quarantine.

“Many developed countries are using technology to map the movements of the suspected cases. We have asked the Delhi Police to help us do the same,” he said.

Kejriwal said that on Tuesday, over 11,000 phone numbers were given to the police for tracing their movements and the people they were meeting.

“With the help of the police, we will trace the phones of the people who have been directed by the government to stay at home. We will be giving 14,345 more mobile numbers to the police today for tracing. The police will see where all the people have gone even when they have been asked to stay at home,” the Chief Minister said.

He added that those flouting the directions will be dealt with strictly.

Baijal had instructed that home quarantine has to be strictly monitored and technology should be used for its effective monitoring to stop further spread of the dreaded virus.

At present, more than 20,000 homes in Delhi have been identified by the government for home quarantine.

The directive came after reports emerged that people were roaming around and meeting others despite being asked to stay at their homes.