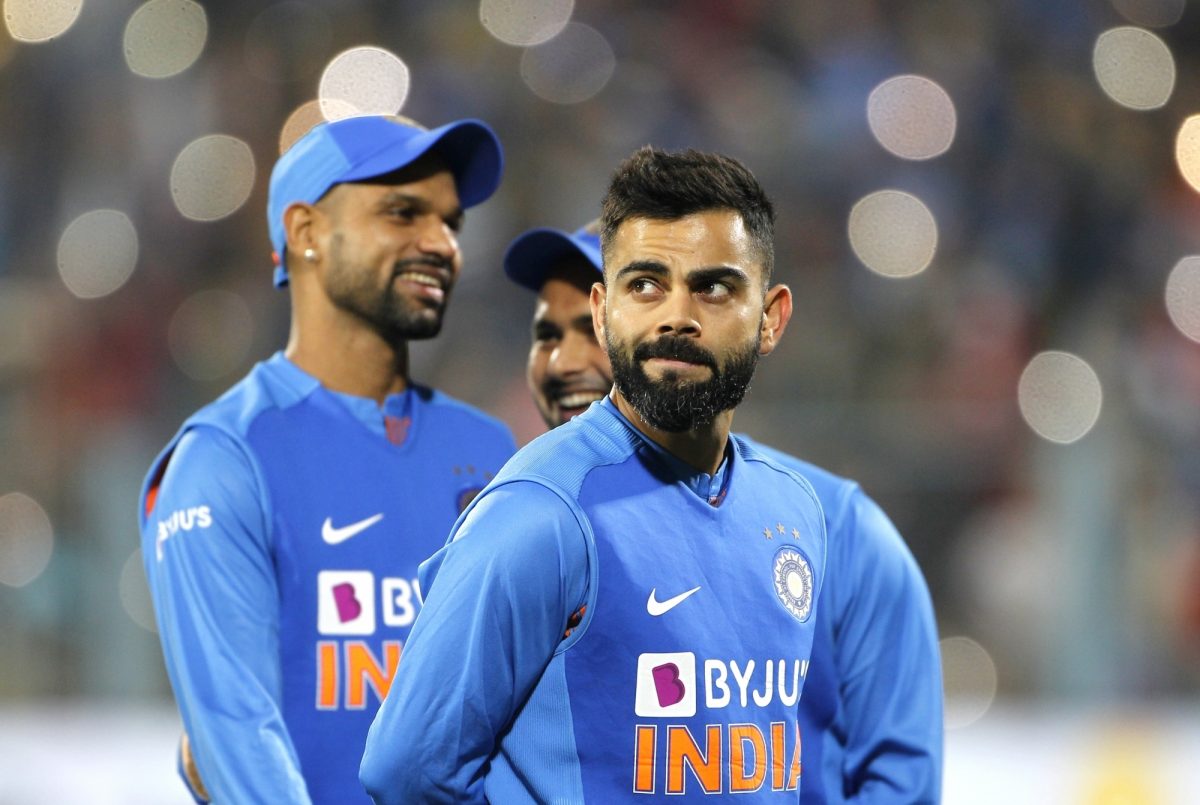 Indore:  Known to be fun loving, India captain Virat Kohli was seen at his jovial best ahead of India’s second T20I against Sri Lanka here as he imitated veteran off-spinner Harbhajan Singh’s bowling style drawing loud cheers from the crowd. Kohli was seen bowling like Harbhajan, with whom he had won the 2011 ODI World Cup, as Harbhajan also rolled his arms much to the delight of the other India players and the spectators.

After the first T20I got washed out without a ball being bowled in Guwahati due to rain and damp pitch, Kohli won the toss and elected to bowl first in the second T20 international. The series will bring to the fore Shikhar Dhawan and Jasprit Bumrah who are making a comeback after nursing injuries. The spotlight will be on Dhawan after KL Rahul scored a lot of runs in his absence while opening the batting with Rohit Sharma.

“There is healthy competition within the group. KL and Shikhar are brilliant players, vying for one spot. It’s all about doing what’s best for the team,” Kohli said at the toss. Dhawan has not been in form lately, especially in T20Is where he scored just 272 runs in 12 innings at a below-par strike rate of 110.56. Rahul, meanwhile, scored 356 runs in 9 innings at an impressive strike rate of 142.40.