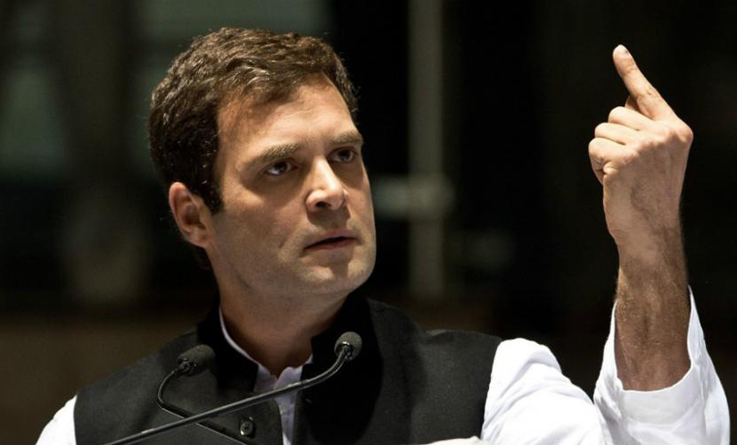 Attacking the Narendra Modi Government on the ‘leaked survey’ by the national sample survey office, which showed a surge in joblessness among youth in 2017-18, Congress president Rahul Gandhi on Thursday said it was time for the Prime Minister to go.

In a post on social media,  Gandhi said, “NoMo Jobs! The Fuhrer promised us two crore jobs a year. Five years later, his leaked job creation report card reveals a National Disaster. Unemployment is at its highest in 45 yrs. 6.5 crore youth are jobless in 2017-18 alone. Time for NoMo2Go.’’

Gandhi also tagged a media report on his Twitter handle, which cited an NSSO survey which said the unemployment rate was highest in 45 years.

Earlier, AICC media incharge Randeep Surjewala also alleged that the unemployment rate was at a 45-year high and said this was the reason why the National Sample Survey Office (NSSO) report on jobs was withheld. “This is why the members of National Statistical Commission resigned,” he claimed.

In a series of tweets, he said, “Modi ji, unemployment rate is at a 45-year high. This is why the NSSO report was kept under the wraps. This is why members of NSC resigned.”

“Promise of two crore jobs turned out to be a cruel joke. India does not want a government that has left the future of our youth in jeopardy,” Surjewala said on Twitter.

As per a media report, the NSSO survey shows a surge in joblessness among youth in 2017-18.

The report, published in an English daily, quotes the NSSO survey as saying that the unemployment rate in 2017-18 stood at its highest level since 1972-73- the period since when the jobs data is comparable.

The NSSO report says that the joblessness is higher in urban areas (7.8 per cent) than the rural parts (5.3 per cent) of the country.. Also, more people were withdrawing from the workforce as the labour force participation rate stood at lower level than the previous few years.(UNI)