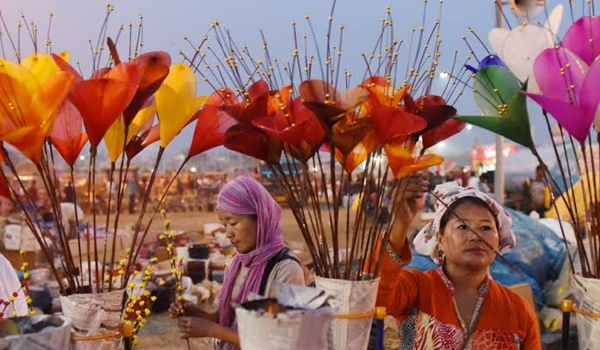 Lucknow, Jan 7  The much-awaited Lucknow Mahotsav, scheduled to be held from January 17, has been indefinitely postponed due to ‘unavoidable circumstances’.

The postponement came barely hours after the district officials held a press conference to release the posters and logo of the Mahotsav, which has been an annual event for the past four decades.

District Magistrate, Abhishek Prakash said that the decision has been taken after meeting with higher officers later in the evening. He, however, did not cite any specific reason, while other administrative officers said the event has been postponed due to security reasons.

“We are preparing for the Defence Expo scheduled in February. Then, we are also hosting the 23rd National Youth Festival from January 12 to 17. In such a situation, it would not have been possible to host the Mahotsav too,” said an official.

However, it is beyond comprehension that the officials were not aware of other events till the last minute when the dates of the Youth Festival and the Defence Expo had been finalised months ago.

Names of celebrities to take part in cultural programmes along with the itinerary of other indoor and outdoor events had also been released. Shops for various artisans and craftsman had been auctioned and all arrangements were already in place.

“The postponement has cost us considerable money and rearranging the dates will not be easy because the booking of Bollywood stars and other artists is done months in advance. Besides the event which is held in an open space, cannot be organised in the summer due to heat,” admitted an official.

The ten-day Mahotsav which showcases food, culture and heritage of Avadh, is held every year from November 25 to December 5, but it had to be postponed in November 2019 due to the Supreme Court verdict on Ayodhya.