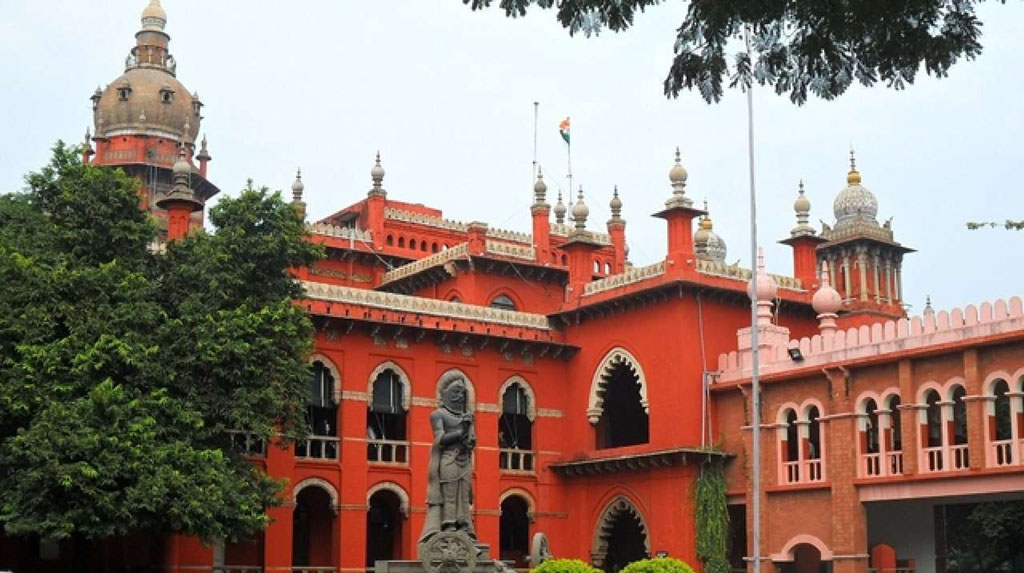 Chennai: Alarmed at youth getting trapped in online gaming, the Madras High Court on Friday suggested to the Tamil Nadu government that it enact suitable laws to regulate the online gaming industry.

Quashing the first information report (FIR) filed by the Kudankulam police against a school teacher who had watched a game of rummy played at a farm, the high court’s Madurai bench expressed its concern at the unregulated growth of the online gaming industry.

Citing the laws against lottery and charging of usurious interest enacted by the Tamil Nadu government, the court hoped that it will also take note of the present alarming situation and pass suitable legislation to regulate and control online gaming through license, keeping in mind the law of the land as well as the judicial precedents in this regard.

“This court is not against the virtual games, but, the anguish of this court is that there should be a regulatory body to monitor and regulate legal gaming activities, be it in the real world or the virtual world,” the court said.

The court also said the government should take the views of the stakeholders before passing a legislation in this regard.

Explaining the modus operandi of online games, the court said: “If X and Y want to play a game, both of them have to bet a sum of, say, Rs 10. The winner will get the amount that he put in place, ie., Rs 10 and in addition to that, he will get an additional sum, say 75 per cent, that was put in place by the opponent, being the prize amount. The balance, ie., 25 per cent, will be credited to the account of the particular online gaming site. The loser will lose everything.”

A rough calculation for the aforesaid scenario, the court said, will give a whopping sum of Rs 63 to the online gaming site, while awarding Rs 20 to the winner and Rs 17 to the runner. Naturally, a player, if he loses his amount, will try to meet out his loss by playing again and again, it added.

The court cited laws of various states regulating online gaming, including the Telangana Gaming (Amendment) Act 2017 that prohibits all forms of gaming for money, be it games of skill or games of chance.

“In fact, the Government of Telangana has further moved a Bill to amend the Telangana Prevention of Dangerous Activities of Bootleggers, Dacoits, Drug-Offenders, Goondas, Immoral Traffic Offenders and Land-Grabbers Act, 1986, by including ‘Gaming Offender’, who commits or abets the commission of offences punishable under the Telangana Gaming Act, 1974,” the court said.

The Tamil Nadu Police had also told the court about absence of laws in taking action against online rummy in the state.

Reacting to the judgement, Roland Landers, CEO of All India Gaming Federation, in a statement, said: “We laud the order of the Madras High Court which iterates that the court is not against virtual gaming, and which calls for the government to devise a regulatory framework to provide clarity to the sunrise online gaming industry with a view to encourage investments leading to technological advancements as well as generation of revenue and employment.

“As the foremost representative of stakeholders of the online gaming industry, AIGF looks forward to wholeheartedly supporting the government in carrying out these directions of the court. Our self-regulation charter and panel of experts are at the government’s disposal for further engagement.”