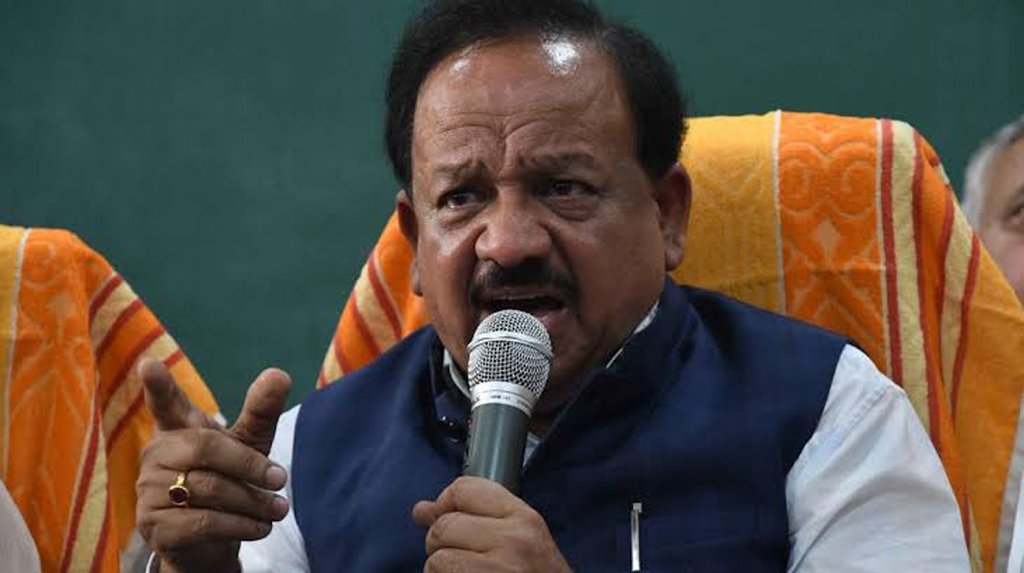 New Delhi:  Union Health Minister Harsh Vardhan revealed on Sunday that Maharashtra, Chandigarh and Delhi have failed to fully utilise the Covid-19 grant given in the first phase by the central government.

Maharashtra and Chandigarh fared poorest as they could not utilize even half of the total grant provided.

“In phase-1, the government of India released Rs 3,000 crore to all states and Union Territories (UT)s. Almost all but three state/UTs have utilized the grant given to them to battle Covid-19 pandemic,” he said.

“Maharashtra has utilized 42.5 per cent, followed by Chandigarh with 47.8 per cent and Delhi with 75.4 per cent utilization of the total funds provided,” Vardhan informed.

The Minister revealed these statistics while hosting his weekly webinar, Sunday Samvaad, where he interacts with his social media audience. The data he revealed was an answer to the question posed about utilization of funds provided by Centre to states and UTs.