Mahagathbandhan to form next govt in Jharkhand: Shibu Soren 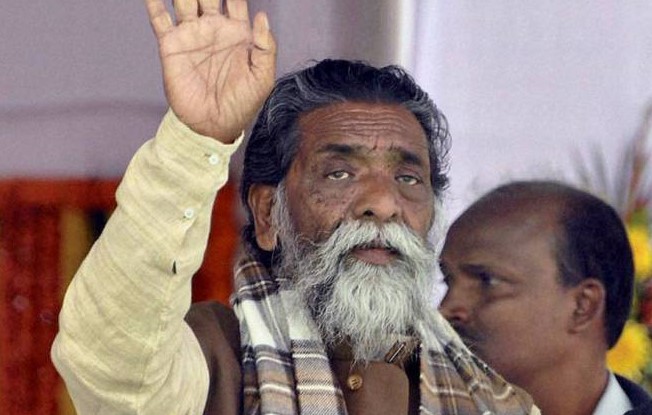 Bokaro, Nov 8 (UNI) JMM supremo Shibu Soren exuded confidence that Mahagathbandhan will be forming the next government in Jharkhand. Talking to reporters at his residence here he said that despite the Chief Minister travelling the length and breadth of the state the people are in a mood of change and at any cost, the Mahagathbandhan will come into power. He said that the works of the present government is visible only in media and newspapers and not on the grounds.

Guruji said that despite being blessed with natural and mineral wealth an army of unemployed men was in the state, people are dying due to hunger and farmers are not getting water in the fields but it appears that the state government is least worried about these problems. He said that he had dreams of green and rich Jharkhand and now it was the responsibility of the youth to take it further. Over the claims of BJP of bagging more than 65 plus seats, he said that those who are in power do make such claims.