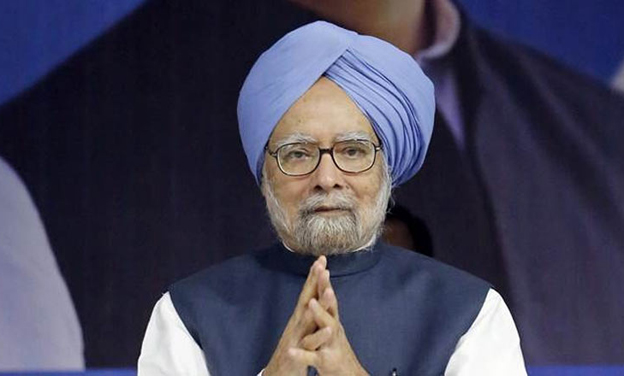 Former Prime Minister Manmohan Singh on Saturday held a meeting with chief ministers of states ruled by Congress and its allies to discuss issues to be raised with Prime Minister Narendra Modi at the NITI Aayog meet.

They discussed the proposed agenda and issues of Congress and Congress and Allies governed states to be taken up with PM in today’s NITI Aayog Meeting.

Mr Modi will today chair the fifth meeting of the NITI Aayog’s Governing Council which will deliberate on issues like the drought situation, farm distress, rain-water harvesting and preparedness for Kharif crops.

The meeting, the first governing council meeting under the new Modi government, will be attended by Chief Ministers, Lieutenant Governors of union territories, several union ministers and senior government officials.