Me, Chidambaram were ill-treated in Tihar Jail- D K Shivakumar 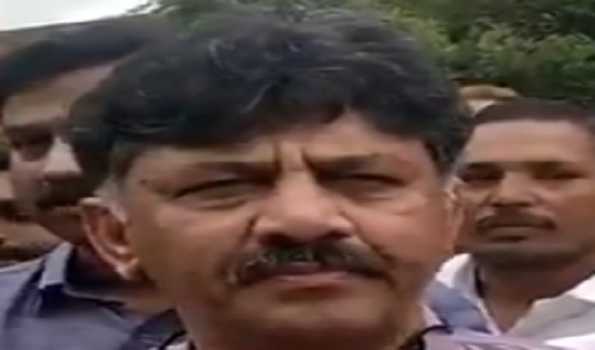 Mysuru, Nov 8 (UNI) Former Minister DK Shivakumar, who was released on bail from a Delhi prison in money laundering case alleged that he and former Union minister Chidambaram were ill-treated in Tihar jail.

Speaking to newsmen here on Friday he alleged, “Chidambaram and him were ill-treated in jail, I will share my experience in the coming days.”

“Many people thought my political carrier would be finished and that he would be imprisoned for seven years, but I did not lose my morale, as I have not done anything illegal,” he added.

He further sent out a strong message to the BJP, claiming that he knows how to spin the wheel once his house is set in order. He also clarified that there are no differences with former CM Siddaramaiah. He is our leader and we are working with them for the party and congress party in the state united, he added.

Shivakumar is on a two-day visit to Mysuru and Mandya to meet his party workers ahead of the by-elections.