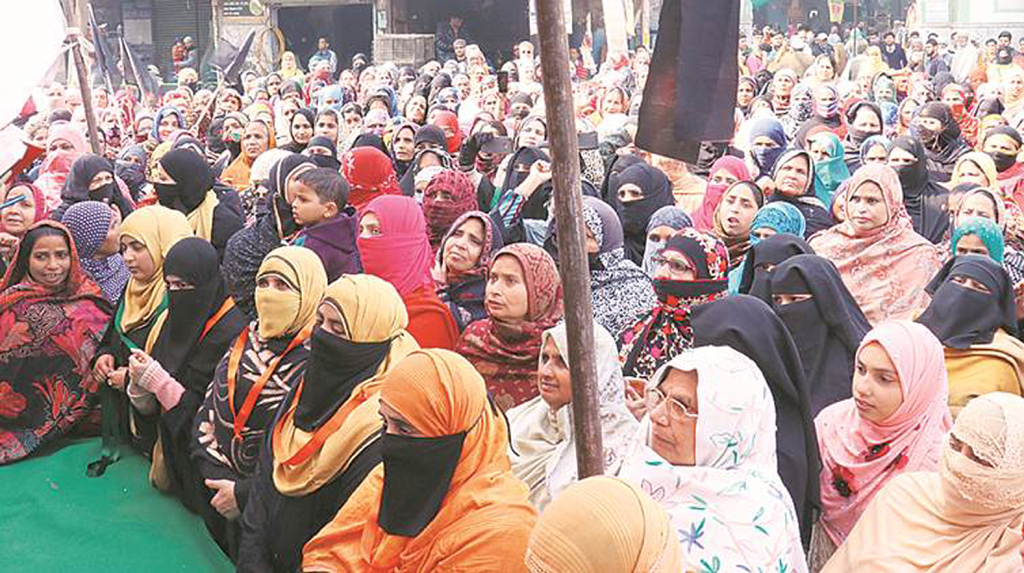 New Delhi: Senior Advocate Sanjay Hegde and lawyer Sadhana Ramachandran on Thursday met the Shaheen Bagh protesters for the second consecutive day on Thursday, though no headway seemed in sight to break the deadlock over reopening of the blocked stretch in south Delhi.

Both lawyers — who along with former top bureaucrat Wajahat Habibullah were appointed by the Supreme Court to talk to the protesters — told the women protesters in clear terms that a peaceful solution would have to be arrived at through talks or else the government could take steps.

Hegde said the protesters fear that if they moved out from the spot, nobody would hear them out on the CAA. However, he assured them that nobody will be able to suppress their voice till the Supreme Court was there.

The protesters reiterated their stand that they would disperse if the controversial Citizenship (Amendment) Act was withdrawn by the Modi government. They said they would appeal to Prime Minister Narendra Modi to either include all religions in the ambit of the new law or scrap it altogether.

They insisted that the Shaheen Bagh protest should not be viewed in isolation, but symbolic of all the protests occurring across the country on the CAA, National Register of Citizens and National Population Register.

The protesters said they had been forced to come out on the streets to protect the rights of the people.

Accusing the government of trying to remove them from the protest site through legal and illegal methods, the women protesters pointed out to the police action against those who had raised their voice against the controversial law.

Asserting that both sides have to come up with a solution to the road blockade through cooperation, Ramachandran told the protesters that the dialogue had to be taken forward sincerely and that the apex court was already seized of the CAA issue.

She pointed out that the panel had already been blessed by the grandmothers or ‘dadis’ leading the protest on the spot since December 15, 2019.

She cautioned that if the talks did not lead to any solution, they will report back to the Supreme Court, and the buck will then pass on to the government thereafter.

However, she insisted, there was not issue which could not be resolved.

Sanjay Hegde, on his part, tried to reason that the court was of the view that the protest should be held at such a place which does not inconvenience the public.

Ramachandran told the protesters that given the noise levels at the protest site, talks with them could not be held in a proper manner. She asked the protesters to make small groups so that both interlocutors could talk to them.

Both mediators later told the protesters that they would proceed to inspect the area, asking two-three protesters to accompany them to tell them which roads were currently closed to traffic and which all could be reopened.

The interlocutors had met the protesters for over two hours on Wednesday also, but the meeting remained inconclusive. The mediators had then said that they would return for more talks on Thursday.