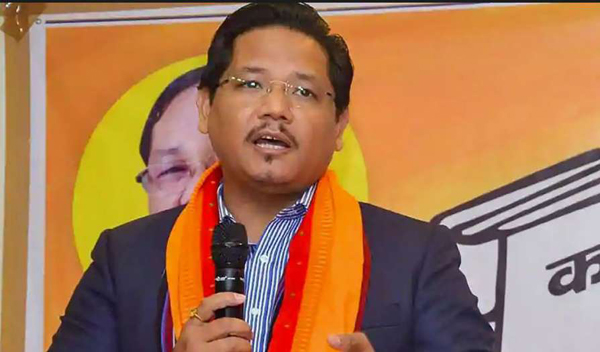 “MDA Govt delegation called on Hon’ble Home Minister @AmitShah ji around 12:30 a.m. today in Delhi to urge the central Govt to implement Inner Line Permit (ILP) in Meghalaya. The State Govt will convene a one day special session to bring in Govt resolution to implement ILP”, Sangma tweeted. Meghalaya government will hold a special session to bring a resolution for ILP in the state.

“HM was very receptive to all the issues raised by the delegation and has agreed to examine the matter”, Sangma said.

The union home ministry has extended the Inner Line Permit to Manipur and other parts of the North East.

Assam and other states in the North East are witnessing agitations in the wake of the Citizenship Amendment Bill.

The Adaptation of Law (Amendment) Order, 2019 dated December 11 has included ‘districts of Kamrup, Darrang, Nowgong, Sibsagar, Lakhimpur, Naga Hills, Cachar, states of Arunachal Pradesh, Manipur, Mizoram and area of districts of state of Nagaland as notified from time to time’.

Various organisations in the North East had been raising their voices against the CAB citing it as a threat to their ethnicity, despite assurances from the union government.