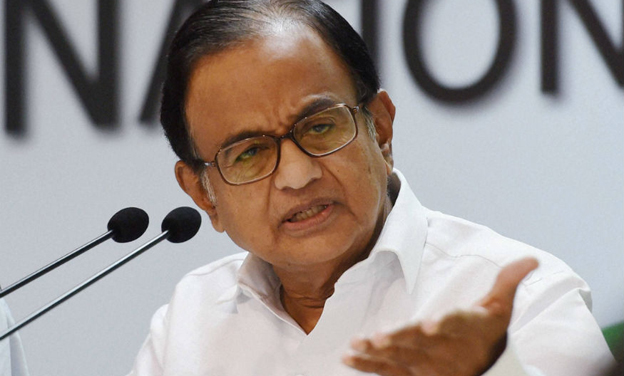 Asserting that poverty eradication should be accepted as dharma, senior Congress leader and former Union Minister P Chidambaram on Wednesday said the Minimum Income Guarantee (MIG) scheme promised by the party if it was voted to power in the Lok Sabha polls, would be rolled out in phases and would cover five crore families in phases.

Talking to reporters here, he said a minimum income was needed to eradicate poverty otherwise it would not end.

Stating that property eradication should be accepted as “aram (meaning dharma in Tamil),, he said it was the moral duty of every government in the 21st century to eradicate it.

The scheme envisaged transfer of Rs 72,000 a year (Rs 6,000 per month) to the bank account of beneficiaries.

Elaborating on the scheme, he said it was announced after consulting with economists and experts, who had broadly agreed that the country has the capacity to implement the scheme, the allocation for which would constitute only 1.8 per cent of the GDP at any given point of time and would not cross two per cent.

He said an expert committee would be set up for implementing the scheme.

‘The committee will design it at every stage and we will consult it before moving to the next stage’, Mr Chidambaram said and added that the scheme to be tested in the field before roll out.

He said the scheme would be rolled out in phases and the five crore beneficiaries, to be identified, would also be covered in phases. (UNI)