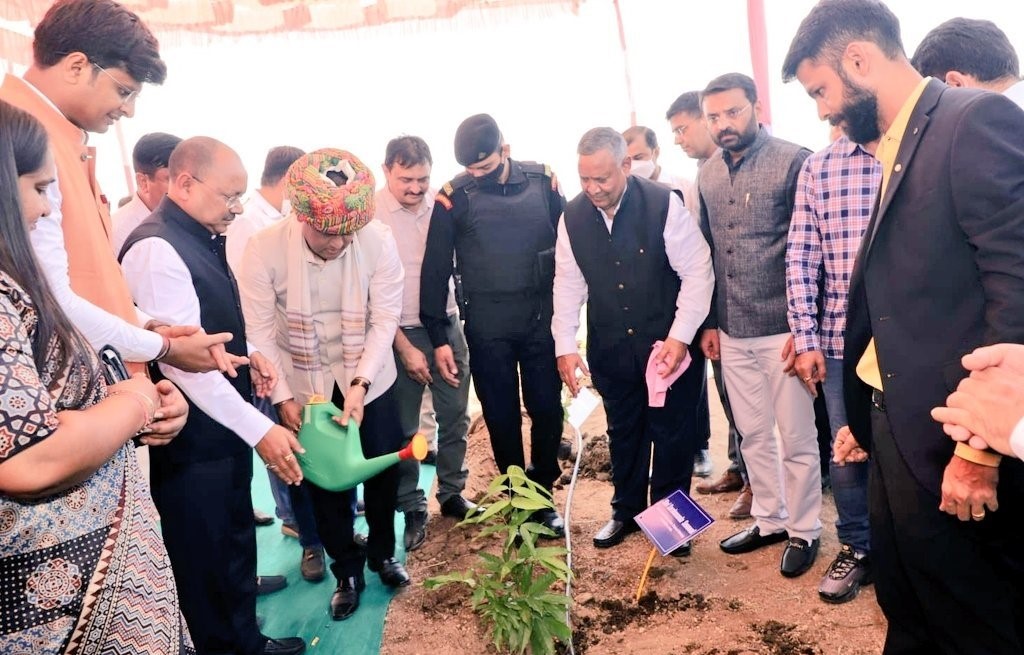 New Delhi: Union Minister of Ports, Shipping and Waterways and AYUSH Shri Sarbananda Sonowal inaugurated Ayush Van, a dedicated forest for Ayurvedic plants in a program held at the Deendayal Port Trust (DPT)– Rotary Forest in the city. The Ayush Van was set up in 30 acres of land allotted by DPT in green-belt area where tree plantation is being done to improve greenery in urban area and increase density of tree cover in the Kutch region. The Union Minister also planted a sapling to mark the opening.

Speaking on the occasion, the Union Minister appreciated all stakeholders for developing the Ayush Van and highlighted the huge potential and benefits of medicinal plants of India. The Minister also shed light on the works carried out by the Ministry of Ayush in realising the potential of India’s traditional systems of medicine. “Under the

leadership of PM Shri Narendra Modi ji, Ayush has reached the global stage and is now becoming one of the major systems of wellbeing accepted globally.