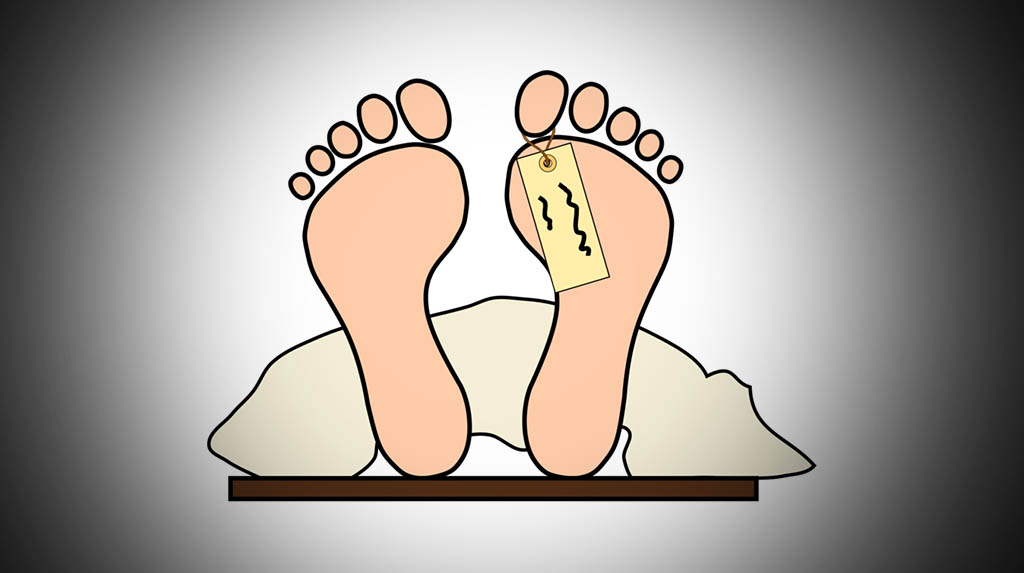 Gurugram: A badly mutilated corpse of a likely 30-year-old man has been recovered from an under-construction building in Gurugram. The only identification is ‘Sandeep’ inked on a hand that has been cut off, along with his head and other limbs packed into two sacks.

The body was found in Ashok Vihar phase-3 area on Thursday night. the head and limbs were severed and were stuffed in two separate gunny bags. The police are yet to identity the man, an official told IANS on Friday.

Information about the dead body was given by a transporter, Sahib Kalra, whose office is located close to the spot.

Kalra told the police that his employee Shakil Ahmad informed him that there was a strong stench coming from two plastic bags in an under-construction building a few meters away from his office.

When the two men reached the spot, Kalra opened the plastic bags and found the corpse of a man inside. He immediately informed the police who reached the spot along with forensic experts to collect evidence and then sent the body for post-mortem.

However, the station house officer (SHO) of the sector-5 police station, Rajender Kumar said that the police did not find any identity proof. They have noted the name ‘Sandeep’ tattooed on one of the hands of the body.

“The police recovered the head and other body parts with both legs broken in two plastic bags. The deceased was murdered with a sharp-edged weapon and later his body was dumped here,” Kumar said.

The officer added that they are looking for missing complaints and they have also collected data of missing persons in the last one week.

He added that only after they find his identity can they bring the motive to light.”We are looking at some man-missing cases from across the city over the last one week. We also have to wait for cases likely to be registered in the coming days,” the SHO said.

Police is also checking CCTV footage from the area. They suspect that the body would have been dumped using a vehicle. So, they are looking at the vehicles that crossed the place.

A case of murder has been registered against an unknown person at the Sector-5 police station.