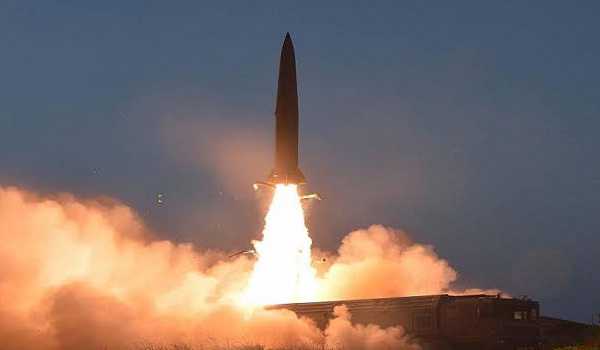 Tokyo, Oct 31 (UNI) North Korea fired two projectiles toward the Sea of Japan on Thursday afternoon, South Korea’s Joint Chiefs of Staff said. The Japanese Defense Ministry said what appeared to be a ballistic missile was fired from North Korea, but that it was not expected to reach Japanese territorial land or sea. “They were fired to a range of around 350-400 kilometers (217-248 miles), with the height of the flight reaching 100 kilometers”, Sputnik quoted Defence Minister Taro Kono as saying.

The ministry also said it was also not expected to fall into waters within Japan’s exclusive economic zone. It represented the 12th projectile of any type fired by North Korea since May. North Korea last launched a projectile on Oct 2 when it test-fired a new type of submarine-launched ballistic missile called Pukguksong-3 off the eastern port city of Wonsan. Thursday’s projectiles were launched from South Pyongan Province, according to the South Korea’s Joint Chiefs of Staff (JCS).