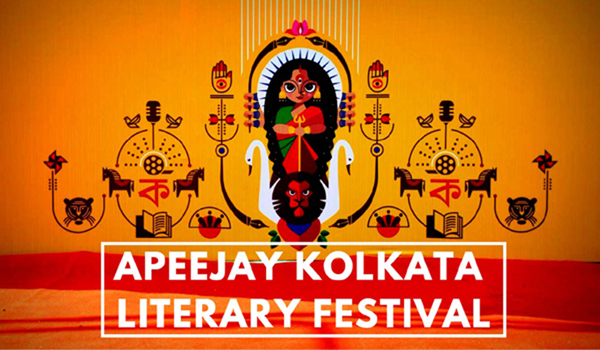 Kolkata, Jan 9: The Apeejay Kolkata Literary Festival (AKLF) just gets bigger and bigger. The 11th edition during January 17-19 will see a focus on themes like nationalism, identity, homeland and belonging as over 100 speakers and poets take the stage across six venues in the heart of the city.

“AKLF’s 11th edition is one of reaffirmation and reinvention, as we enter a new decade of celebrating the written word,” said Oxford Bookstores and the Festival Director Maina Bhagat.

“With Indian literature itself occupying a much larger place in the world literary consciousness than it did at the beginning of the last decade when we first created it, we at Oxford Bookstore and AKLF too are turning the page not only to a new year but also on a new 10-year window of opportunities and possibilities,” Bhagat said.

“We aim to usher in a new resurgent and vibrant reading culture in the city and across the nation. ‘Much more than a bookstore’ has been our iconic, heritage Oxford Bookstore’s tagline and, indeed we are proud that the bookstore has been a mecca for generations of book lovers.

“Our 11th edition, presents an eclectic line-up of speakers and a riveting experience, across diverse contemporary topics, along with a strong representation of Writing for Children at the Oxford Junior Literary Festival, and Poetry Cafe, the mecca of poets,” she added.

Among the highlights of the Festival are:

* Writers’ Awards: Prabha Khaitan Woman’s Voice Award in association with Oxford Bookstore will announce its winner. The 2nd edition of the Award that celebrates fresh Indian voices in women’s writing.

* Book Cover Design Awards: Oxford Bookstore Book Cover Prize will unveil its shortlist book covers. This is the 5th edition of the award in association with the Jaipur Literature Festival.

* Global representation: Authors from 8 countries – Australia, France, Germany, Italy, Switzerland, the UK and the US.

* Tributes: Celebrating iconic women whose voices originated from our City of Joy and rang globally – Soumitra Chatterjee and Aparna Sen to pay tribute to late novelist and award-winning author Nabaneeta Dev Sen along with her daughters Nandana Sen and Antara Sen, and celebrate life and journey of singer Usha Uthup.