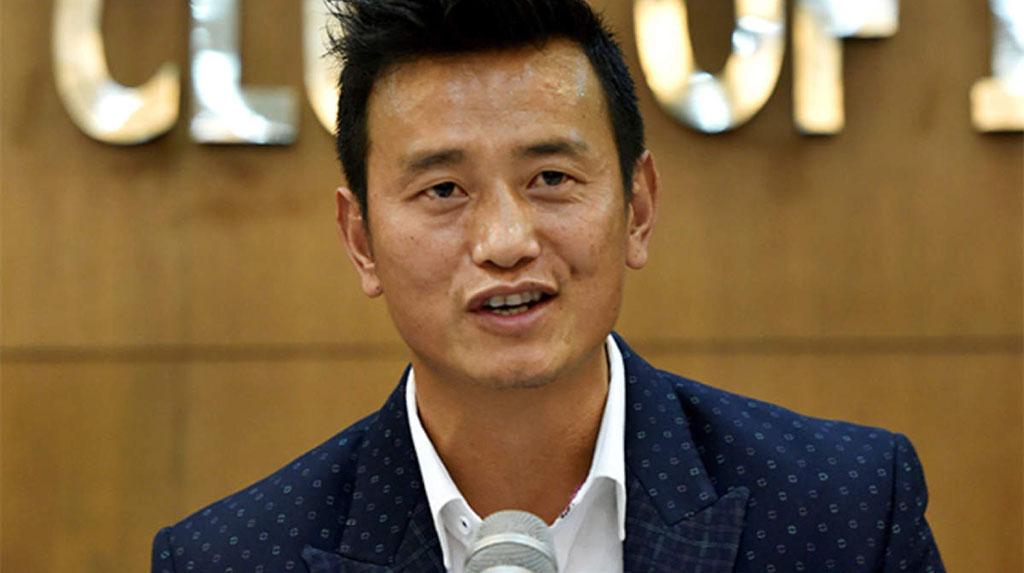 Kolkata: Indian football icon Bhaichung Bhutia has urged Prime Minister Narendra Modi to look into getting COVID-19 testing machines to North East and North Bengal on an urgent basis, also requesting him to take strict action against the attackers who struck the doctors in Indore. Former India captain Bhutia was among the 49 eminent sports personalities who PM Modi spoke to on Friday regarding spreading awareness about the coronavirus pandemic.

Speaking to IANS, Bhutia said a technical snag forced him to join the video conference late and he could not speak, but added that he has two points he would like Modi to address.

“It was through video conferencing so my thing, the network was bad, I ended up late. So I did not get to speak. But I did hear,” Bhutia said.

“I joined only towards the end. See I have two things to say. One is the situation with the doctors, I think PM should take strict action against people manhandling and creating violence against doctors and nurses. They are the front runners to really cure this.”

A health department team on a visit to locate persons reportedly infected with the novel coronavirus (COVID-19) in Indore’s Tat Patti Bakhal area was pelted with stones on Thursday. The health team consisted of five persons including three doctors.

Citing the example of a 44-year-old woman patient who died at the North Bengal Medical College and Hospital last month, two days after she was detected positive for the deadly infection, Bhutia said there is need for testing machines especially in North East and North Bengal.

“Also I have been hearing, North East and North Bengal they are not properly equipped with precuation gear. And the equipment to test COVID-19 has not yet come, so they are not being able to test,” said the 43-year Sikkimese, rated as one of India’s finest strikers of all time.

“One lady in Kalimpong, she showed the doctor and she was given medicine for fever and all that. She was sent back by doctor. Now after 10 days she tested positive and then she expired. So now in this area, she infected 10 of them and they have come positive yesterday. So if test was there, things could have been much better,” he added.

Earlier this week, Bhutia had told IANS that he offered his building in Sikkim to the migrant workers in the state at a time they are struggling to reach their homes amid the 21-day nationwide lockdown due to the coronavirus pandemic.