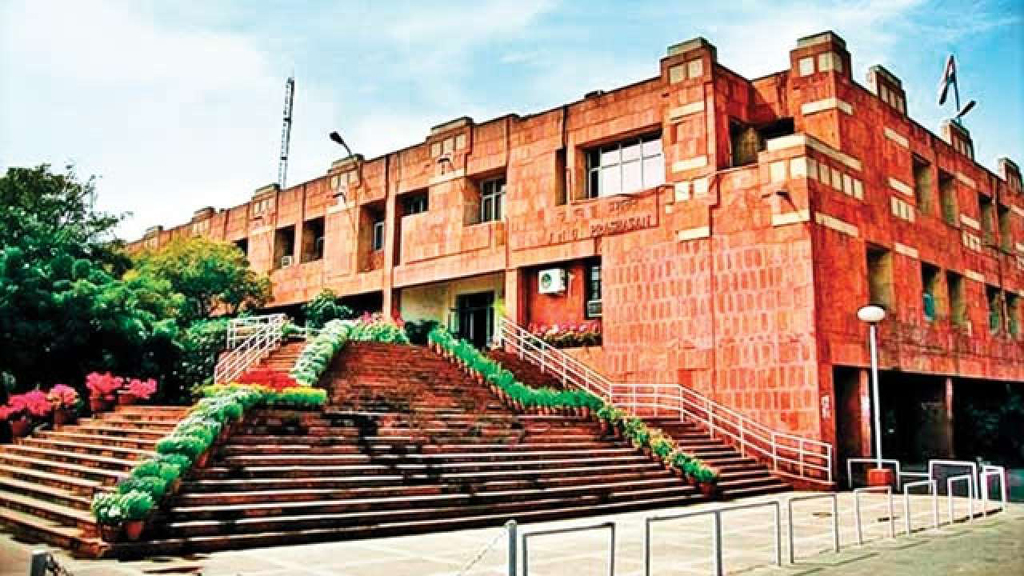 New Delhi: Months after blackening Vinayak Damodar Savarkar’s bust in the Delhi University here, Congress’ students wing NSUI has now blackened a road signage with the name of the Hindutva icon on the JNU campus.

The National Students Union of India (NSUI) took responsibility for the action on Twitter. “Savarkar had no hand in India’s independence; he was an agent of the British government,” an NSUI tweet on Tuesday morning read.

“NSUI has renamed it to B.R. Ambedkar Marg because Baba Sahab gave India its Constitution.”

On Sunday night, a road near Subansir Hostel on the Jawaharlal Nehru University campus was renamed as V.D. Savarkar Marg, a move that riled the JNU Students Union.

In a Whatsapp message, JNUSU President Aishe Ghosh said: “Shame on the legacy of JNU that this man’s name has been put up in this university.”

“Never did the university had space for Savarkar and his stooges and never will it have!” she added, followed by hashtag #RejectHindutva.

According to a picture shared by Aishe, a new board was erected in the JNU with the name of Savarkar.

In August 2019, ahead of the Delhi University students’ union polls, outgoing DUSU President Shakti Singh had installed busts of Savarkar, Subhas Chandra Bose and Bhagat Singh without permission outside the varsity’s Arts Faculty gate in the north campus.

The move drew flak from different quarters, and the busts were removed after Savarkar’s bust was blackened by NSUI activists.