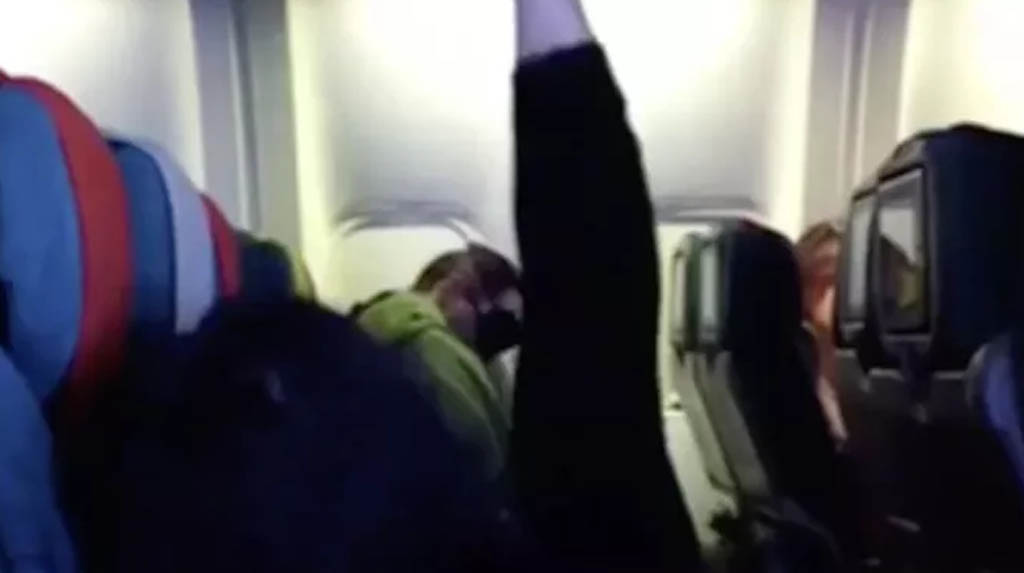 New Delhi: A photo is doing the rounds on the social media, which shows a passenger on an economy flight stretching legs by putting her bare feet up on the seats in front of her.

The picture came to light when Passenger Shaming, an account on Instagram that calls out passengers for their odd and apathetic behaviour on flights shared it on their feed.

The Passenger Shaming shared the photo with the caption, “Got a real kick out of this one….”

In the photo, the passenger feet were seen raised in the air, with other passengers looked on in disgust.

The viral photo has garnered over 18K likes and tons of comments.

A user wrote, “This is f**king disgusting and disrespectful in 99 per cent of the world. I would never!”

Another wrote, “Omg i would actually die.”

A user questioned and wrote “How is this even comfortable? I don’t understand!”