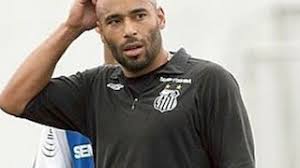 The son of Brazilian football legend Pele has been granted a request to serve the rest of a 12-year jail term at home as a reward for good behavior.
Edson Cholbi Nascimento, known as Edinho, was originally given a 33-year prison sentence in 2014 for laundering money to a drug gang.

The 49-year-old had the penalty reduced to 12 years and 11 months in February 2017 following an appeal. Sao Paulo Court of Justice judge Sueli Zeraik said Edinho must comply with a series of requirements such as monthly court appearances, a commitment to find work within 30 days and a ban on leaving home between 2000 hrs and 0600hrs without legal authorisation.

Zeraik said failure to adhere to the conditions would lead to Edinho’s return to jail.
Edinho made nine first-team appearances for Santos as a goalkeeper in the 1990s before turning his hand to coaching.

His father is considered one of the greatest players of all time, scoring more than 1,000 career goals and winning three World Cups. (UNI)