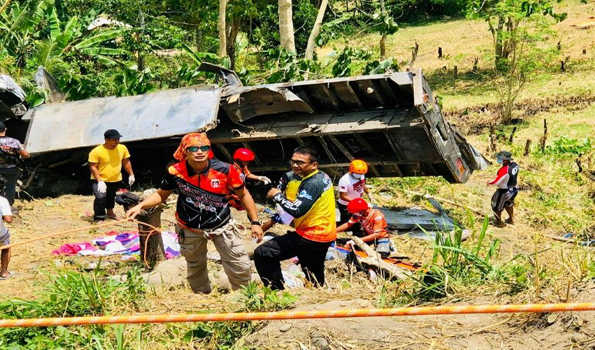 Manila, Nov 1 (UNI) At least 19 people died and 22 others injured when a truck in which they were traveling fell into a ravine in the mountainous northern Philippines Apayao province, police said on Friday. The incident occurred at 1900 hrs local time on Thursday when the victims, who were mostly elderly, headed back to their village in Conner town after collecting cash and seeds assistance from the government, Xinhua reported.

Police said the driver reportedly lost control of the vehicle while negotiating a slippery road, causing it to veer off the road and fall into a ravine. Many similar accidents have occurred in the Philippines’ sparsely populated northern mountains because of the poor condition of vehicles and roads and the lack of signs, railings and other safety features.