Pilot and co-pilot killed in helicopter crash in Bhutan 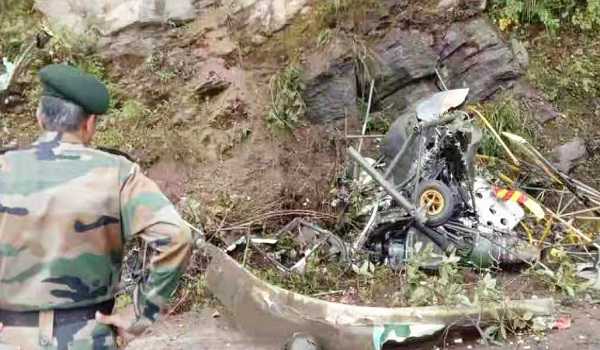 Kolkata, Sep 27 (UNI) An Indian officer and a Royal Bhutan Army officer were killed on the spot when their helicopter crashed into the hill near Khentongmani, Yonphula, Trashigang. The helicopter belonging to the Indian army was approaching Yonphula to land when the accident happened, Bhutan’s government daily Kuensel reported in its website page. The weather around the time of the accident was reported to be bad with thick fog reducing visibility.