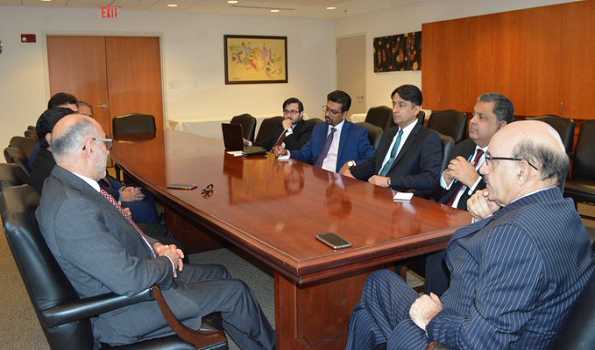 Khan said that Pakistan is grateful to Russia for its position during the recent UNSC session on August 16. “The Russian delegate referred to UN Security Council Resolutions on Jammu and Kashmir and bilateral agreements and international law. So, Russia’s posture was very constructive,” Khan said. “We have improving ties with Russia. We have close ties with Russia.”

Last week, US President Donald Trump on the sidelines of the UN General Assembly in New York said he had offered his mediation efforts to the leaders of India and Pakistan.

“We have always welcome third party mediation. In that context we also welcome President Trump’s offers of mediation in the recent past. But this offer has not ending in serious endeavor because India’s instant rejection of the mediation by President Trump. But it is not just Trump,” Khan said.

In response to Trump’s offer, External Affairs Minister Subrahmanyam Jaishankar had said that his country does not need third-party mediation in resolving the dispute with Pakistan.  (UNI)