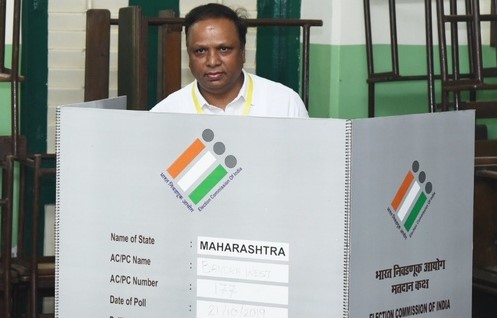 Mumbai, Oct 21 (UNI) Voting began peacefully at 0700 hrs on Monday at 96,661 polling stations, spread over 288 Assembly constituencies of the second most populated state of the country, which goes to polls in a single phase. The main contest in Maharashtra is between the ruling Bharatiya Janata Party-Shiv Sena alliance and the opposition Indian National Congress-Nationalist Congress Party front.