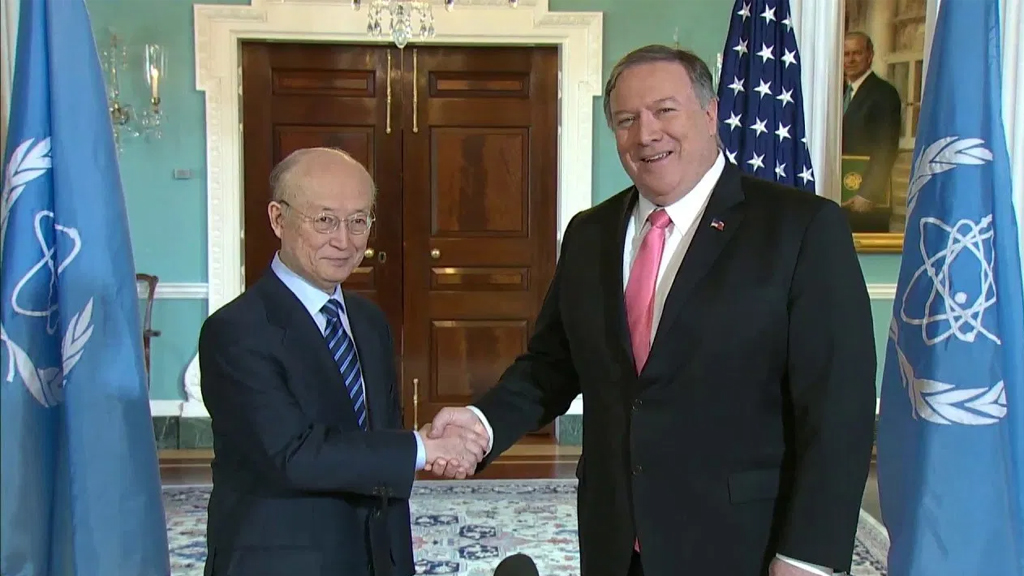 Washington : US Secretary of State Mike Pompeo met with Director General of the International Atomic Energy Agency (IAEA) Rafael Grossi on Iran, according to US State Department.

The two, on Tuesday, discussed the IAEA’s monitoring work in Iran, nuclear security, and the importance of the IAEA to US security interests, State Department’s Spokesperson Morgan Ortagus said in a statement, Xinhua news agency reported.

Pompeo and Grossi pledged to stay in close contact on nuclear issues of concern, the statement added.

The meeting came days after Washington’s sanctions against the Atomic Energy Organization of Iran (AEOI) and its head while renewing waivers allowing foreign companies to continue work at Iranian nuclear sites.

Since its unilateral exit from the Iran nuclear deal in 2018, Washington has been mounting pressure on Tehran through a series of sanctions. Iran has maintained a tough stance and scaled back its nuclear commitments in response.

In early January, Iran announced the fifth and final step to end its commitments to the 2015 Iran nuclear deal, which is the restriction on the number of centrifuges. But Iran also said it will continue its cooperation with the IAEA.