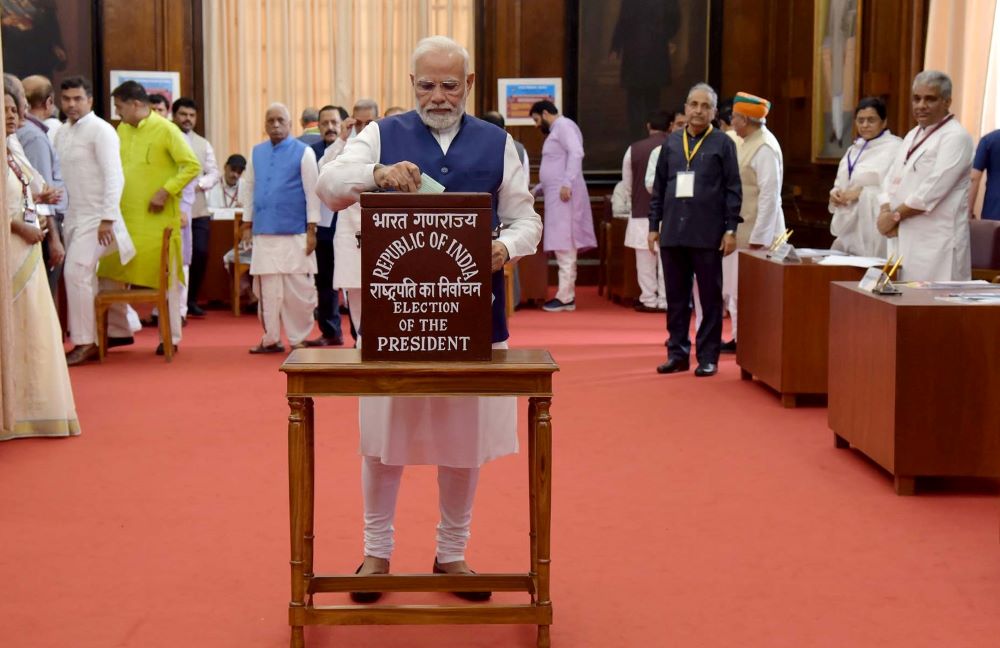 New Delhi: The polling to elect the 16th President of India is underway. Polling, which began in the Parliament House and the premises of the State Legislative Assemblies at 10 A.M., will continue till 5 P.M. The term of office of President Ram Nath Kovind is ending on 24th of July.

Former Jharkhand Governor Droupadi Murmu is the NDA candidate, while former Union Minister Yashwant Sinha is contesting as a joint Opposition candidate for the top post. The total number of electors is four thousand 809 including 776 Members of Parliament and four thousand thirty-three Members of Legislative Assemblies.

Prime Minister Narendra Modi and Union Ministers Anurag Thakur, Piyush Goyal, and Dr Mansukh Mandaviya were among the first to cast their votes in the Parliament House. The counting of the votes will be taken up on Thursday.