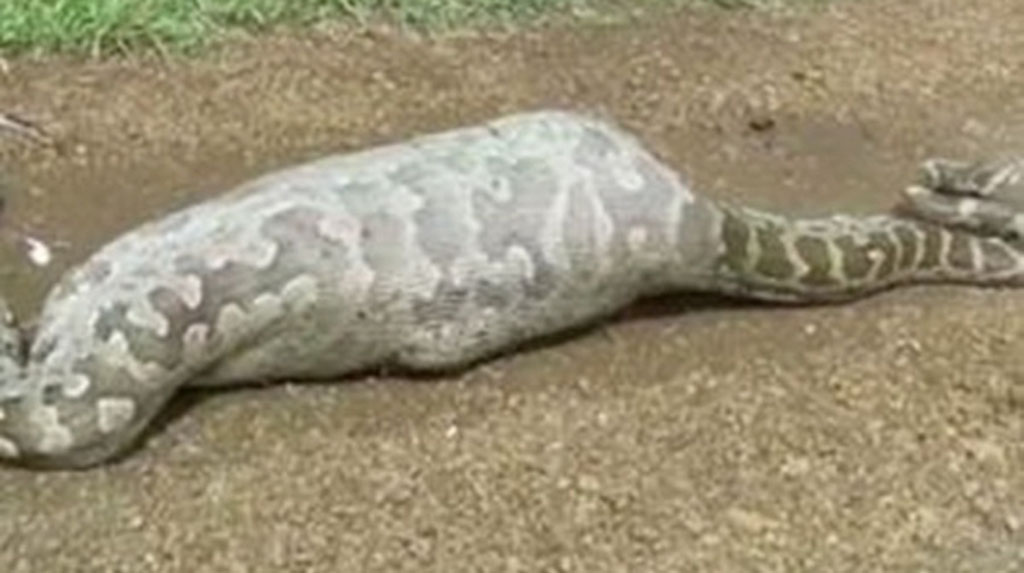 Scores of Katoghan villagers gathered after they spotted the rare sight on Sunday evening as the python was trying to devour the newborn calf.

The forest department was alerted, however, before the team could arrive at the spot, the python had sneaked away into the nearby forest cover.

According to forest officer Sachchidanand, it was a Rock Python and could have only moved with considerable difficulty because of the bloated middle after it swallowed the calf.

“We have come across videos of snakes swallowing rabbit or mice, but a python swallowing the blue-bull calf is quite rare,” the officer said.

The Indian python is classified as lower risk near threatened on the IUCN Red List of Threatened Species. This listing indicates that it may become threatened with extinction and is in need of frequent reassessment. It can grow to a length of about 20 feet.