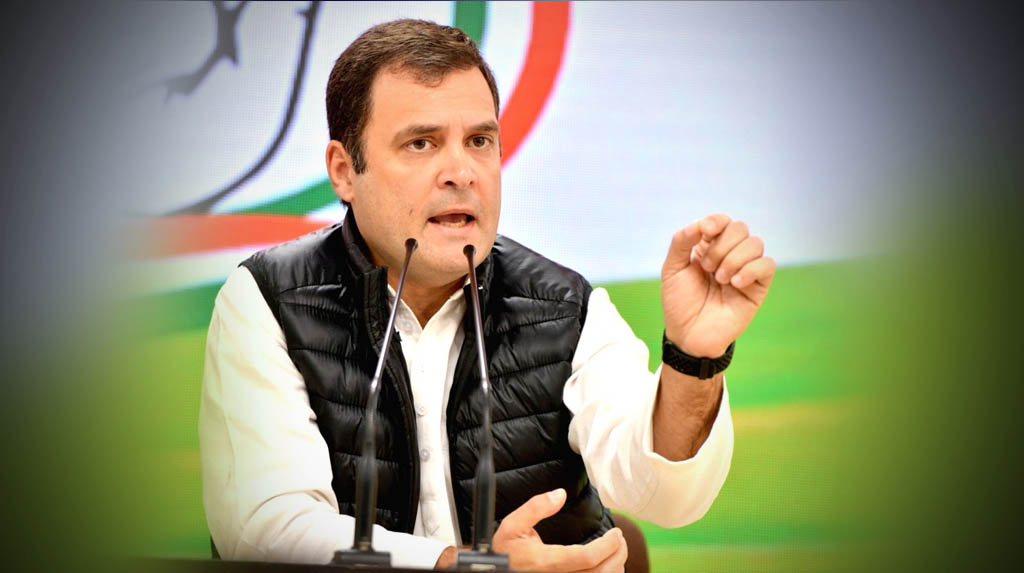 Addressing a rally in Bihariganj constituency on Wednesday, Gandhi launched an attack on the ruling National Democratic Alliance led by the BJP-JD(U), accusing them of favouring the elite and enslaving and ignoring the farmers and the poor sections of the society.

The Bihariganj seat in the Madhepura district is set to go to the polls on November 7, the final phase of voting. Janata Dal (United) nominee Niranjan Mehta is pitted against the LJD’s Subashini Yadav among others.

Addressing the rally, Rahul said that Nitish Kumar had promised to bring a change in Bihar which is a lie while Prime Minister Modi had promised to provide jobs to two crore people every year during his Lok Sabha election campaign in 2014 but had failed to fulfil any of the promises made by him.

Gandhi criticised Modi’s demonetisation move and said, “The Prime Minister said demonetisation was a much needed reform to fight and curb black money. During this time the people were made to stand in long queues to withdraw their money from the banks, but did you see any single person having black money standing in the same line? Were there any rich industrialists standing in those queues?”

The Congress MP from Wayanad said demonetisation happenned only to waive off the massive loans of a few industrialists by withdrawing the money from the aam aadmi’s (common man) pockets and paying their debts.

Gandhi said the farmers in Bihar grow maize and paddy but are not getting a fair price for their produce. This is where the middlemen step in and buy and sell the farmers’ produce in Punjab and Haryana at very high prices.

“The Prime Minister says that we have given the farmers the freedom to sell their maize and paddy crops in any part of the country by introducing the recent Farm Bills. But tell me how will the farmers sell their produce, see the condition of roads in Bihar. The NDA government has only given freedom to the billionaires and has instead enslaved the farmers and the poor,” the Congress leader added.

Rahul said, “What did Nitish Kumar do for the development of Bihar since the last five years? I have come here to guarantee that if the Grand Alliance (Mahagathbandhan) government comes to power then it will work for the welfare of every caste, class and religion.”

Referring to Sharad Yadav, Gandhi said, “His party politics is only for the welfare of the poor. I had met Sharad Yadav in Andhra Pradesh. He taught me a lot about politics, so he is my mentor.”