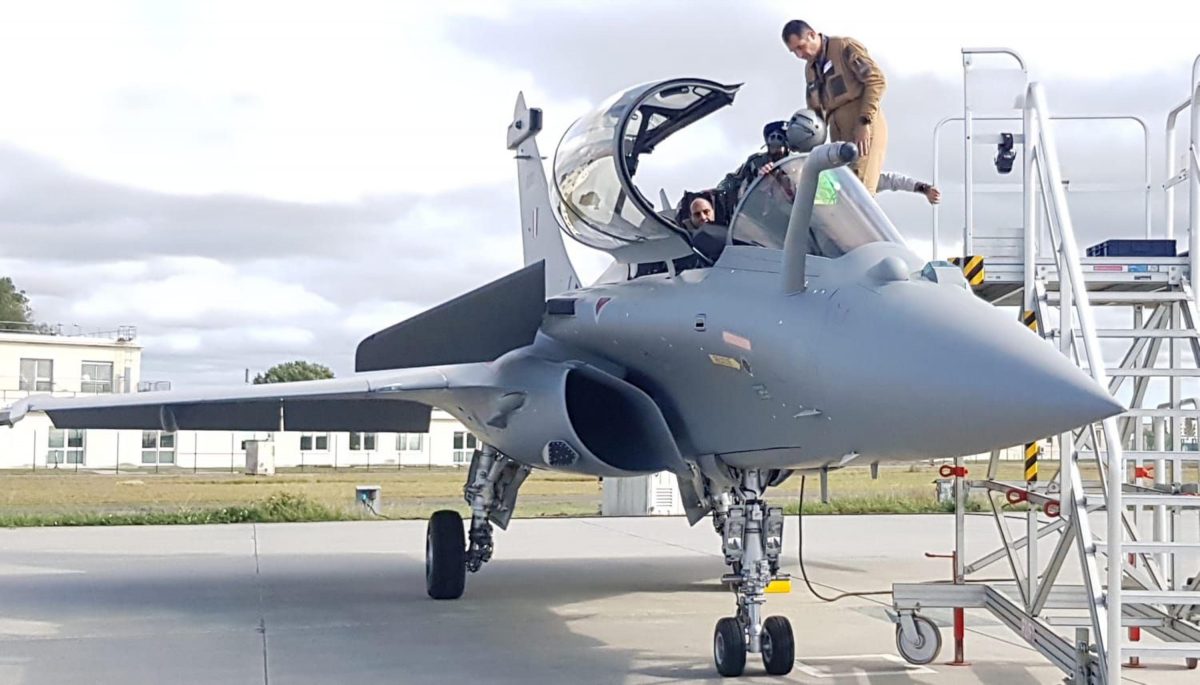 Bordeaux, France, Oct 8 (UNI) Defence Minister Rajnath Singh on Tuesday became the first Indian Minister to take a sortie in the Rafale fighter aircraft at M’rignac of France. Before this, Mr Singh received the first of 36 aircraft here. The Union Minister was flown by Philippe Duchateau, the head test pilot of Dassault Aviation. Talking to reporters here, Mr Singh said, ”It was a lifetime experience for me.”

Post receiving aircraft, he performed ‘Shashtrapuja,’ on the occasion of Dusshera, which also coincides with the 87th Air Force Day, being celebrated in India. This was Rajnath’s second sortie in a fighter jet, in a span of less than 30 days. Earlier, he undertook a sortie in the indigenously-developed LCA Tejas, in Bengaluru.

Mr Singh became the first Indian Minister to fly in the Rafale fighter jet, which is set to soar the Indian skies by May, 2020. After receiving the first Rafale, Mr Singh called it a new milestone in the Indo-French defence cooperation, saying, ”I am happy that the delivery of Rafale aircraft is on schedule, I am confident that this will add further strength to our Air Force. I wish cooperation between our two major democracies further increases in all sectors.”