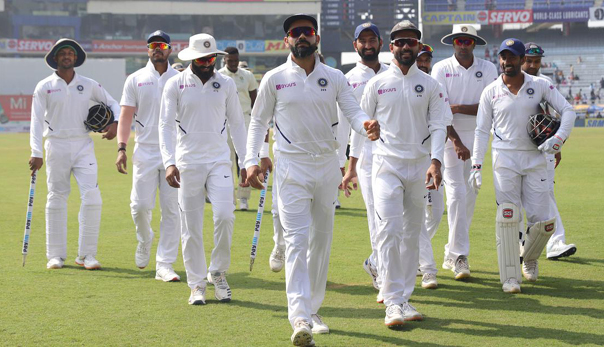 India defeated South Africa by innings and 202 runs in the third and final Test match to register their historic maiden 3-0 clean sweep over Proteas, here at the JSCA Stadium Complex on Tuesday. Resuming at the overnight score of 132/8, South Africa’s innings lasted just for 11 minutes as India bundled them out the tourists for 133. Debutant Shahbaz Nadeem picked up the final two wickets in consecutive balls as India seal an historic victory over South Africa on day four in Ranchi.

Earlier, South Africa were all out for 162 in the first innings after India declared at 497 for 9 in their first innings. Mohammed Shami took three for 10 while Umesh Yadav and Nadeem finished with two wickets each. This was also India’s biggest margin of victory in terms of innings vs South Africa in tests.

With this victory, India have now won their last five tests along with consolidating their position at the top of the World Test Championship points table with a maximum of 240 points. South Africa, on the other hand, failed to open their World Test Championship account after their first three tests. Brief Scores: India 497/9 decl, South Africa 162 and 132 all-out. (UNI)