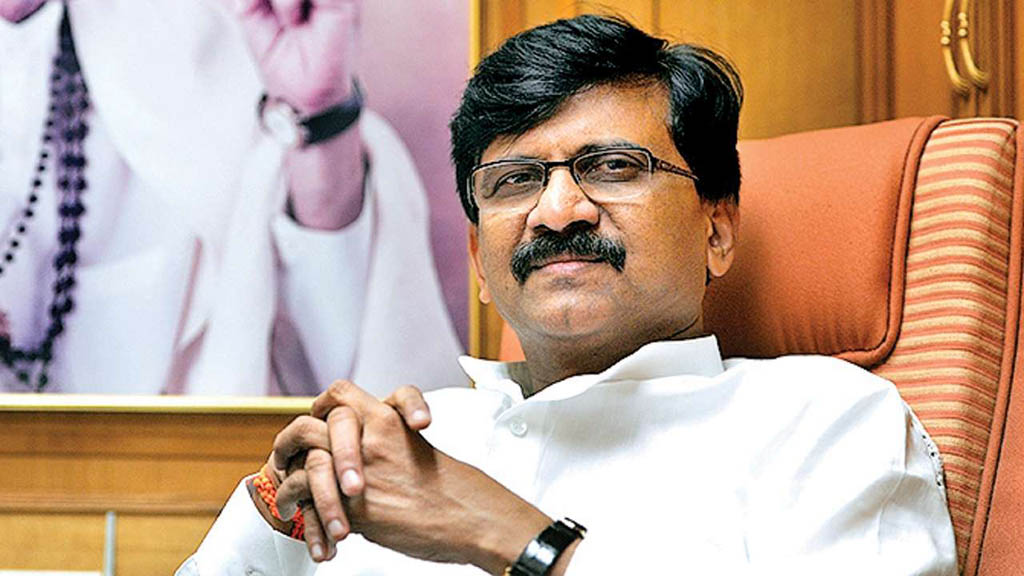 Mumbai: Contending that Russia has given the first lesson in ‘Atmanirbharta’ (self-reliance) by making a vaccine against coronavirus, Shiv Sena MP Sanjay Raut on Sunday said India is still busy hawking “wacky remedies like ‘Bhabhiji Papads'”.

“Russia had boldly gone ahead and brought the world’s first Covid-19 vaccine. Russian President Vladimir Putin even administered it to his corona-hit daughter to win the country’s confidence over its efficacy,” he said.

On the contrary, in India, Union Minister of State for Heavy Industries Arjun Ram Meghwal, who publicly claimed that consuming ‘Bhabhiji Papads’ will boost immunity against Covid, stands exposed as he himself is now infected,” Raut said in in his anecdotal column ‘Rokthok’ in the Shiv Sena’s ‘Saamana Group’.

Attacking the AYUSH Ministry, he said it had claimed that ayurvedic medicines would be effective against corona, but now AYUSH Minister Shripad Naik has also been infected.

“More than half a dozen ministers in the Centre are down with Corona, former President Pranab Mukherjee is affected, even (Home Minister) Amit Shah recently came out unscathed by the virus. Only Russia went ahead and brought the vaccine and did not even bother to ask the World Health Organisation (WHO). That’s called a superpower,” the Sena MP said.

Now, he said, three days ago, it came to light that the Ayodhya Ram Temple Trust Chairman Mahant Nritya Gopal Das has been infected.

“Mahant Das had shared the stage at the Ram Temple foundation stone ceremony on August 5, along with Prime Minister Narendra Modi, and was not even seen wearing a mask. He had come in contact with Modi and RSS chief Mohan Bhagwat, the PM even shook hands with the Mahant. The question is – will the PM be quarantined now,” Raut wondered.

Like Mumbai, even New Delhi is in the grip of the corona scourge with Union ministers, parliamentarians, bureaucrats and officials getting infected and the national capital which runs the country, is practically “idle”, he said.

“There are no political interactions, even the I-Day celebrations were muted, there are no protests… the situation was not so bad during riots or wars. There was a fear of Modi and Shah, but the corona scare is greater,” the Sena leader asserted.

Lauding Russia’s achievement, Raut said that our politicians are “in love with America more”, and if the US had successfully developed the first vaccine, the Indian leaders would have sung paeans to US President Donald Trump.

He also expressed suspicion “whether our VVIPs and officials who have been infected had acquired the Russian corona vaccine secretly, though there’s nobody to bother about the ordinary Indian masses suffering from Covid-19”.

Raut said that as per official figures, there are 14 crore people unemployed now, but the government has no work and Delhi has never been seen to be so lazy ever before.

“When Mumtaz Begum died, Mughal Emperor Shah Jahan had built the Taj Mahal in her memory. It took 20 years and was completed in 1652. But it gave jobs to thousands of people then. Lethargy will not help. Everybody is demanding ‘We Want Work’… Without work, there will be no government or administration, nothing can be achieved,” he cautioned.