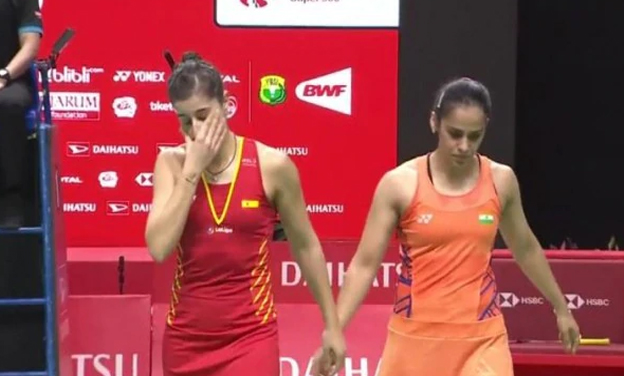 (UNI) India’s star shuttler Saina Nehwal on Sunday clinched the Indonesia Masters title as her Spanish opponent Carolina Marin retired hurt during the first game of the summit showdown here on Sunday.
With the virtue of this win, London Olympic bronze medallist Nehwal bagged her first title on the BWF circuit in two years. During the final, the Rio Olympic gold medallist landed awkwardly on her right leg while going for an overhead shot, and looked in tears.
When the match was stopped, the Spaniard was leading the game by 9-2. She tried to continue, but failed due to pain, giving Nehwal her first title win of this year.
Earlier in January, Nehwal lost to the Spaniard in the semi-final match in Malaysia Open.