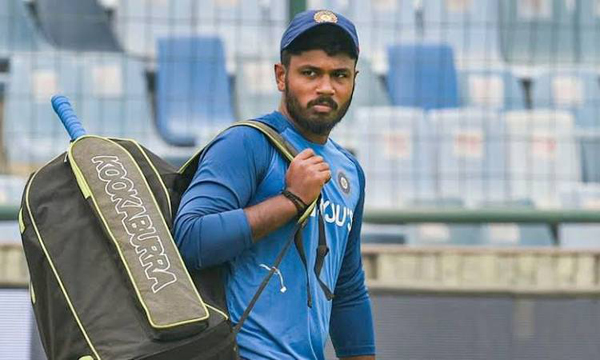 Mumbai, Nov 27 India limited-overs opener Shikhar Dhawan has been ruled out of the upcoming T20I series against West Indies as he suffered a deep cut on his left knee during a Syed Mushtaq Ali Trophy game against Maharashtra in Surat recently. Dhawan has been now replaced by Sanju Samson.

The BCCI Medical Team assessed Dhawan on Tuesday to review the healing of his wound. The team has suggested that Dhawan needs some more time for his stitches to come off and his wound to heal completely.

On the other hand, wicket-keeper Wriddhiman Saha sustained a fracture on his right ring finger during the recently concluded pink ball Test in Kolkata against Bangladesh. The BCCI Medical Team consulted a hand and wrist specialist and it was suggested that Saha undergoes a surgical fixation of the fracture. Subsequently, he underwent a successful surgery in Mumbai on Tuesday and will soon commence his rehabilitation at the National Cricket Academy, Bengaluru.

Earlier, India vice-captain Rohit Sharma was not rested for the West Indies ODIs and T20I squads as Mohammed Shami made a comeback to the shortest format while Krunal Pandya was dropped as the selection committee met here on Thursday to pick the teams.

Dhawan was also persisted with as a source told IANS that there was no question of him being under the scanner.