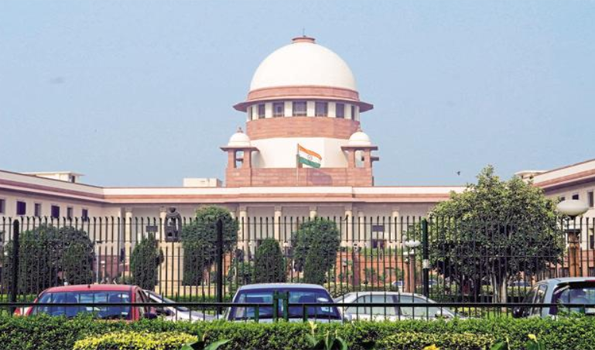 New Delhi, Jan 13 : The Supreme Court on Monday said the National Commission for the Protection of Child Rights (NCPCR) and the West Bengal State CPCR should not fight over jurisdiction, instead dedicate the institution for the children who had no voice.

A Bench of Justices Deepak Gupta and Aniruddha Bose, terming the turf war sad, said “These commissions can’t become sources of power, self-aggrandizement or means of obtaining the trappings of power, like official cars and bungalows.”

The people appointed to such commissions must be friends of the children, willing to spend their time and energy to help children rather than pushing their own personal or political interest, the court observed.

The top court’s observation came on an appeal by the NCPCR against a Calcutta High Court order, which stayed its proceedings in a case connected with alleged violation of orphan rights in West Bengal.

“It’s these commissions which have to give voice and feelings to the distress calls of children,” the Bench said.

The NCPCR and the state commission were caught in a legal battle over alleged trafficking of 17 children from a child care institution in the Jalpaiguri district. The state government questioned the commission’s jurisdiction in blaming the administration for the trafficking racket. “It is so sad”, observed the court.

“This non-cooperation and lack of coordination can only occur when the persons manning the institutions put their own interests over the interest of children. It’s only when those incharge of such commissions give themselves so much importance that they forget that they are the creation of statute, the only purpose of which is to protect children,” it said.

In March 2017, the NCPCR learnt about alleged child trafficking in Jalpaiguri through media reports. The commission summoned the Additional Director General of Police (ADGP), CID of West Bengal, to appear before it, as it didn’t get assistance from officials. The ADGP challenged this in the high court over jurisdiction. The high court noted that the state commission had taken cognisance on the matter on February 24, 2017, and national commission lacked jurisdiction.

The ADGP shouldn’t have raised the jurisdiction issue, the SC noted. “Unfortunately, in this case, there has been no cooperation rather mudslinging at each other,” said the court making an observation on the commissions.

The apex court Bench said the high court should monitor the appointment of child welfare committees and their heads in West Bengal.