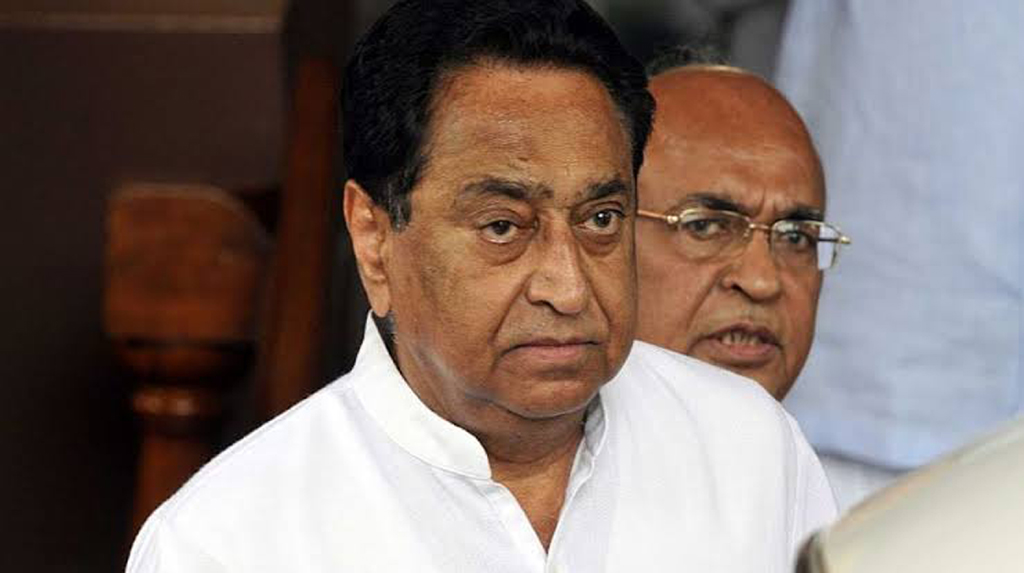 New Delhi:  In a relief to Kamal Nath, the Supreme Court on Monday pulled up the Election Commission and stayed its order of withdrawing star campaigner status of the former Chief Minister and senior Congress leader.

Senior advocate Rakesh Dwivedi, representing the Election Commission, submitted before a bench headed by Chief Justice S.A. Bobde that the matter has become infructuous as the campaigning has already ended and the bypolls are due on November 3.

Senior advocate Kapil Sibal, representing Kamal Nath, opposed the arguments made by Dwivedi. “No notice was issued to us and this was arbitrary,” said Sibal

Pulling up the Election Commission, the Chief Justice said: “We are staying your order.”

The Chief Justice asked the poll panel, who gave it the power to delist a candidate from being a star campaigner or a leader of the party under Section 77 of the Representation of People’s Act?

Dwivedi submitted, “We will file a reply.”

The top court reiterated, where the Election Commission has drawn the power to pass such orders even as the poll body stated that the matter is remediless since campaigns are over.

The bench told the poll body to file a reply and added that until then its order remained stayed.

In the plea Kamal Nath had said the poll body had issued a notice to him on October 21 seeking explanation on a complaint by the BJP on October 18, for alleged violation of the MCC at a rally on October 18.

“Subsequently, the petitioner had filed his reply on October 22. Thereafter, the Respondent No.1 (EC) had also accorded a hearing to the petitioner before passing Order dated 26.10.2020 thereby advising the petitioner to not use such words during campaigning,” said the plea.

Kamal Nath’s remarks against BJP leader Imarti Devi, calling her an ‘item’ had sparked a controversy leading to the suit.

Kamal Nath has contended that the EC passed its order without any notice or hearing to him in the matter, which completely violated the principles of natural justice. His plea submitted that the EC order was illegal, arbitrary, unreasoned, passed in complete violation of basic canons of natural justice and in negation of fair play and therefore, deserved to be quashed.