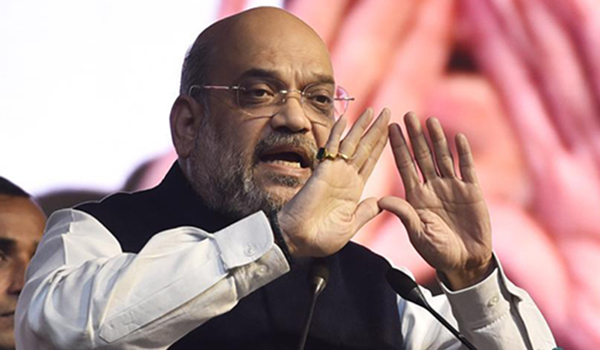 Referring to Friday’s mob attack on Nankana Sahib, a revered Gurdwara in Pakistan where Sikhism founder Guru Nanak Dev was born, Shah said this is an “answer” to those opposing the amended Citizenship Act – known as CAA.

Shah said, “I want to ask people of Delhi if they want to choose a government which instigates riots in Delhi for politics”. “What is wrong in CAA? Should citizenship not be given to minority immigrants from Pakistan, Bangladesh and Afghanistan?”

Attacking Congress, Shah said it was the promise of Mahatma Gandhi which the party did not fulfill in 70 years and it was finally done by Prime Minister Narendra Modi.

“You are provoking people of the country that they will lose their citizenship. I want to tell the brothers and sisters of minority community that any Indian minority citizen would not lose his or her citizenship because there is no provision of getting back citizenship in the CAA.”

The Congress and the AAP made a mountain of lies by saying that there is no oppression against the minorities in Pakistan.

“Kejriwal, Rahul ji and Sonia ji (Congress President), see it by opening your eyes how Sikh community was terrorised by the attacks on Nankana Sahib”, Shah said.

Over 2,000 people have been arrested and around 5,000 detained since the Parliament passed the law on December 11. Hundreds of security personnel have also been injured in anti-CAA protests across India, the strongest dissent against Modi since he came into power in 2014.

The CAA aims to grant citizenship to members of six communities — Hindus, Sikhs, Christians, Jains, Buddhists and Parsis — facing persecution in Bangladesh, Pakistan and Afghanistan and having sought refuge in India on or before December 31, 2014.

Shah also asked the massive crowd to note down the CAA support helpline number and said it is not a “Netflix number”.