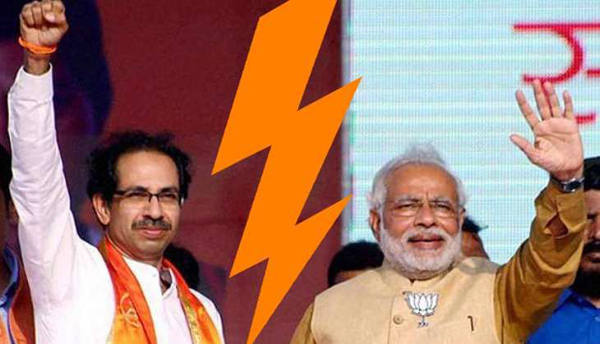 A Shiv Sena activist was among three people,who have been booked for putting up banner defaming the BJP, police said here on Wednesday. The booked Sena activist have been identified as Prabhakar Raul. According to police, the controversial banner carried the photos of the BJP leaders and also mentioned that the BJP has been routed from duo seats of Vikramgadh and Dahanu here.

The purported banner depicted visuals of the BJP rebel Santosh Janate as well as sitting MLA Pascal Dhanare, both of whom, unsuccessfully contested the 2019 polls. Mocking electoral defeat of the BJP and Mr Janate,who fought as an independent,the banner had their symbols printed upside down.

The banner also carried photographs of BJP office-bearers – Archana Wani, Lala Vajpayee, Mayor Solankim, Veena Deshmukh,Babji Kathole, Rajan Naik and Laxmidevi Hazri. It even had names of the Vishwa Hindu Parishad, Bajrang Dal and Hindu Yuva Vahini. Police spokesman Hemant Katkar stated that an offence under the IPC sections 500 and 501 has been registered with the Boisar police station, and added that the banner has been removed. (UNI)