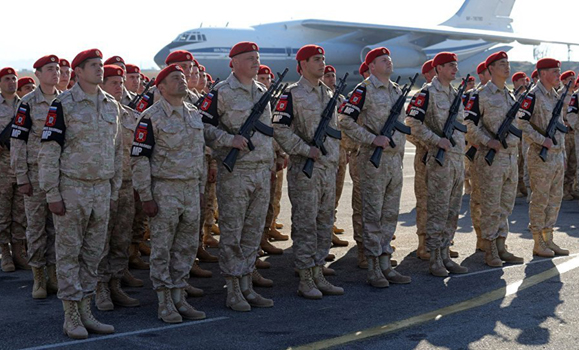 Some 300 Russian soldiers and 20 armored vehicles were delivered to northern Syria, where the Russian military police is patrolling border areas together with Turkey, a Sputnik correspondent reported on Friday. The Russian military will pass through at least 10 settlements located in the area per day. The patrol covers about 150 kilometers (93 miles) in five hours and has to report at every control point.

On October 9, Turkey launched Operation Peace Spring to clear the border area of the Islamic State terrorist group (banned in Russia) and Kurdish militia, labeled as terrorists by Ankara. The United States and Turkey came to an agreement on October 17 for a 120-hour ceasefire in the area to allow the withdrawal of the Kurdish fighters.

As the five-day ceasefire came to an end, Turkish President Recep Tayyip Erdogan and Russian President Vladimir Putin signed a memorandum. According to the agreement, comprising 10 clauses, Russian military police and Syrian border guards are facilitating the withdrawal of Kurdish militia, whom Ankara views as terrorists, from the 18-mile safe-zone on the Syria-Turkish border within 150 hours, and Ankara and Moscow have started joint patrols.

On Sunday, the Kurdish-led Syrian Democratic Forces announced the complete withdrawal of troops from the border area in accordance with the memorandum.  (UNI)