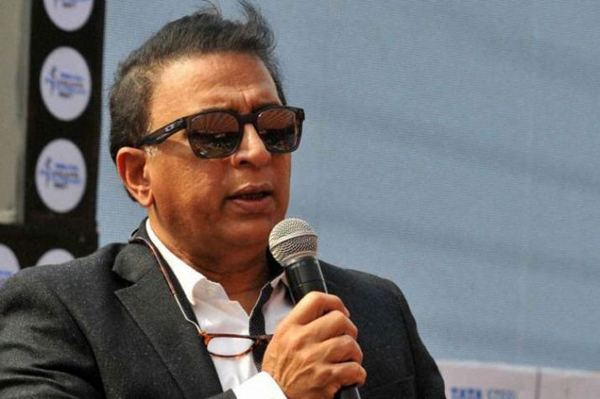 The New Jersey-based, Triton Solar on Saturday announced that cricket legend Sunil Gavaskar and Bollywood star Suniel Shetty have joined the company’s board.
Triton Solar, a producer of the solar cells, solar batteries and energy management solutions, is on major business expansion mode.
Gavaskar has joined as Worldwide Sports Ambassador, while Suniel Shetty has been designated as the worldwide corporate ambassador for Triton Solar.

In addition to this, another international cricketing legend and former West Indies Cricket team captain, Clive H Lloyd C.B.E. has also joined the board of the company with an aim to take this vision to Caribbean region.
Triton Solar produces high quality, highly efficient solar cells, flexible lighting and batteries. Solar energy and power management is very crucial for India’s overall development, hence Triton Solar as an organisation has a lot of potential to offer to India in terms of its development.
On this development, Sunil Gavaskar expressed, “Redundant power supply in the rural, as well as urban parts of the country, is directly related to the mission of nation-building. India’s vast rural population deserves to get proper electricity supply as it directly impacts their daily household as well as business activities. This issue needs a properly structured approach to be pursued as a mission. In fact, the problem of power shortage is life-threatening, also, in some locations as it affects the operations of healthcare or medical institutions like hospitals in areas where power shortage exists. I am sure that Triton is working on products and services that aim at this major problem and working on this as a mission.”

Mr Gavaskar also said, “I am excited to be part of Triton because this company is accomplishing this mission. A cost-effective solution is needed which can transform the Indian power availability scenario. With Triton Solar’s expertise and offerings, I hope that we will be able to resolve major issues related to the redundant power supply in a cost-effective manner.”
Commenting on his joining Triton’s board, Suniel Shetty said, “Triton is working for a good cause. And committing to a good cause is always a great pleasure. Ensuring stable power supply at the rural and semi- urban household level is not just a good cause but it is also a kind of work which can transform the lifestyle of the people living away from the main cities and are struggling to enter into the mainstream of the society,”.
“In addition to the above, another major problem that semi-urban and urban cities are struggling with is the problem of controlling carbon footprints that is getting generated through diesel generators when they are required to fullfil the power scarcity. The solutions based on solar-based technologies not only restricts the use of diesel in residential and commercial locations but also make self-sustainable power management through alternate energy,” the actor added.
Commenting on the joining of two legends, Himanshu B Patel, Founder and MD of Triton Solar said, “This is a great moment for Triton Solar. We are expanding and this expansion can only be efficient and effective if we get like-minded people and those who believe in how we at Triton are addressing some of the world’s major challenges related to power or energy supply.”
Making a note from the global perspective, Clive Lloyds mentioned, “Today’s world has its own set of challenges such as redundant and inadequate power supply. A lot of efforts are getting made in order to deal with this challenge, Solar has become a very valid option to overcome this challenge and technology is the only way forward. At Triton, we get the right mix of both the two elements and that’s why I am pretty convinced to come on board and add value here.”

Mr Patel also mentioned, “There are rural and semi-urban areas in India which experience power shortages and scheduled power cuts on an almost daily basis. These power cuts can go up to more than seven hours a day, that’s why these places require solutions that can stabilise the power supply by storing the power in an efficient manner. In addition, there are many villages which does not even have power supply altogether, Triton’s main goal is to take power supply to those areas and connect them into the mainstream of society.”
Being an India origin entrepreneur from the United States of America, Mr Patel said, “Our technology is widely accepted in several parts of the world, From Africa, to the Middle East our solutions are working and addressing the local issues related to power availability. But, being an Indian origin, I always feel that our technologies can definitely resolve India’s major problems related to power. In this regard, we are planning to meet Prime Minister Narendra Modi during his upcoming United States visit.”
“In our meeting, I would like to explain our plan and roadmap for ensuring cost-effective and stable power management for Indian rural electrification. I know  Modi’s vision for the nation-building and our plan is absolutely designed to make a meaningful impact on the same,”  Patel added.